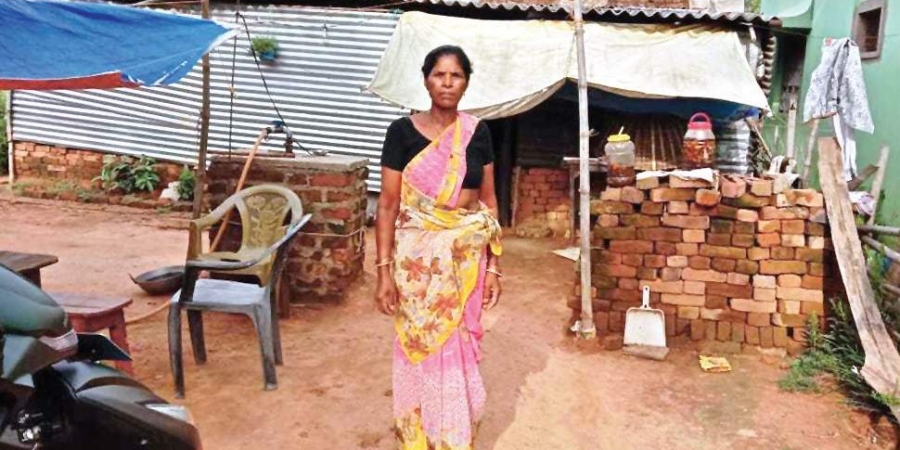 RANCHI: Neera Tigga, in her mid-30s, is one of the many widows living in Brambe village, Ranchi, now popular as ‘Vidhwa Gaon’. In the 600 households in the village, under Mandar Block, there are more than 250 widows. All these women have lost their husbands to alcoholism.

Recently, students of the Central University of Jharkhand (CUJ), located adjacent to the village, while conducting a survey discovered that the village had a significant number of widows.

Later, they released the findings on social media and soon the village gained infamy as “Vidhwa Gaon”.

Officials blamed a weekly market for the deaths. Money earned by the men from the market is spent on drinking leading to the deaths.

“My husband Patric Tigga died two years ago after falling ill. Despite the family’s objections, he continued drinking and ultimately died,” said Neera Tigga, who now works as a daily wage labourer.

Saba Tigga’s story, too, is similar. Her husband, Michael, in his 40s, died after falling into a well. He was inebriated and was sitting on the edge of the well and fell into it. Rajmuni Mahli’s husband Mukesh died of a damaged liver because of excessive alcohol intake.

“Now, I work as a daily wage labourer to earn for my three daughters and two sons,” said Bishun Devi.

“Brambe is a tribal-dominated village where they consume ‘haria’. People earn extra money from the market and it is spent on alcohol,” said Mandar Block Development Officer Vishnu Deo Kacchap. The country made liquor is also available in the market, which adds to the problem, he said. According to Kacchap, awareness is the only solution to the problem.

“The administration can only facilitate, but the initiative has to come from the villagers. We organised awareness campaigns but more such campaigns are needed and active participation of the villagers is essential,” said the BDO.

Villagers agreed that extra money earned from the market is one of the main reasons behind the deaths. They, however, said that they are unhappy with the new name given to the village.

“It’s upsetting when people call our village ‘Vidhwa Gaon’. We have initiated awareness campaigns and have succeeded in reducing the number of such deaths,” said Mukhia (village chief) Jaiwant Tigga.

The younger generation is now getting high using the cough syrup Corex and marijuana. Regular campaigns against the two are being conducted in the village, he added.

“People involved in selling liquor are being warned or strict action will be taken against them,” said the Mukhia.

“People here consume country liquor made out of Mahua. Urea is used to make it, which is injurious to health,” said Jaiwant. Due to the regular consumption of this liquor, most die early.

The widows are being now being rehabilitated by the Gram Panchayat by providing employment in cattle and goat farming.