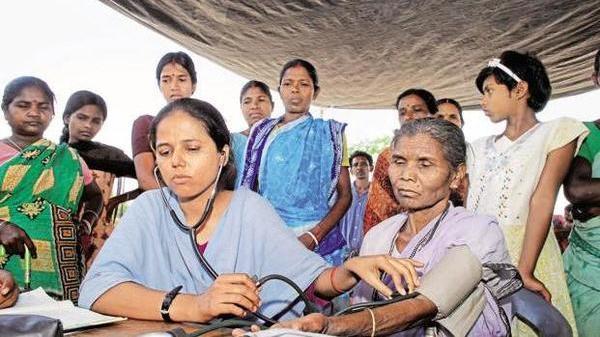 NEW DELHI: The rising death toll of children suffering from acute encephalitis syndrome (AES) in Bihar’s Muzaffarpur district not only points to a health crisis, but also the crippling healthcare infrastructure in the state.

“What can easily be managed at a primary health centre level, is reaching Muzaffarpur at a critical stage causing deaths. Since there is no primary health infrastructure nearby and no health experts to tell these families the preventive measures, the problem arises,” said a senior health ministry official, requesting anonymity.

Experts also said that in view of the children’s deaths and the number of new cases being reported every day, the district level infrastructure is about to collapse.

“Encephalitis cases have always been witnessed in areas which are economically disadvantaged and have rudimentary health infrastructure at the primary care level. Health infrastructure is a major issue given the high mortality in Bihar. The easy solution to this disease is balanced diet in each meal,” the official said.

“Even if children show early signs, regular glucose consumption can solve the problem. The early warning signals that should be provided to villagers also seem to be absent,” he added.

The official said malnutrition, compounded by heat and humidity, unusually high this year, is the major cause for the high death toll.

According to the census of 2011, Bihar is the third most populous state in India, with around 40% of its population below the poverty line. The major health and demographic indicators of the state, such as infant mortality rate, maternal mortality ratio, and total fertility rate, are substantially higher than the all-India average, and reflect the poor health status of the people. The state has a shortage of 1,210 sub-centres, 131 primary health centres (PHCs), and 389 community health centres (CHCs).

So far, 167 children have died in Bihar, with Muzaffarpur recording 117 deaths. Other districts include Vaishali (19), Motihari (12), Begusarai (8), Samastipur (8), and one each in Arrah, Sheohar and Purnia.

“Blame it on the scarcity of health facilities or unawareness among masses, patients from almost all the villages in Muzaffarpur are coming to us in critical stages, which is increasing the death toll. Private hospitals are unable to handle the pressure,” said Sunil Shahi, medical superintendent, Sri Krishna Medical College, Muzaffarpur, which is handling a majority of the cases.

Interestingly, Muzaffarpur city is part of the centre’s smart cities’ list. According to a recent report by the Smart Cities Mission of Housing and Urban affairs, the doctor-patient ratio at Muzaffarpur is as low as 80:100,000 patients. The report said there are four large hospitals in the city, 46 nursing homes and 175 medicine shops. The city provides some access to healthcare for its residents, but healthcare facilities are “overburdened and far from many residents”.

The Comptroller and Auditor General (CAG) of India 2018 report said improved healthcare facilities could not be provided because of project delays. “Completion of 75 CHCs was delayed by one to 33 months. Further, 11 CHCs was incomplete even after the delay of one to 36 months, due to non-availability of dispute-free land and slow execution of work. Consequently, there was a delay in the completion of 86 CHCs, which delayed the intended objective of providing improved healthcare facilities.”