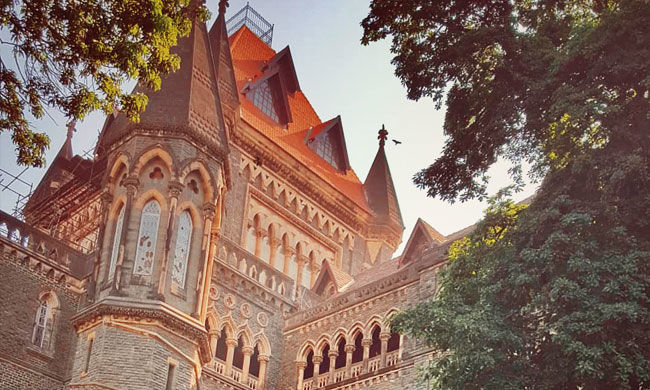 The Bombay High Court has held that the bare act of touching hands of a fellow colleague is not sufficient to constitute the offence of outraging modesty of a woman. Division bench of Justice TV Nalawade and Justice KK Sonawane quashed a FIR filed against Dilip Lomate under Section 354 (assault or criminal force to a woman with intent to outrage her modesty) of the Indian Penal Code. Lomate, the headmaster at Shri. Sant Dnyaneshwar Prathmik Ashram School, Osmanabad district was accused by an Assistant teacher of outraging her modesty.

The complainant Vaishali, was working at the same school as an Assistant Teacher since 2004. Her medical bills and leave allowance bills between 2015-2016 before the school authority. According to prosecution, on September 26, 2018, in the morning hours, when the complainant was busy teaching the students, the applicant headmaster appeared in the class-room. He came near Vaishali and after touching her hands, disclosed that her pending bills will be made cleared. He requested her not to complain against him to the Trustees of the School. He then threatened the complainant saying that he has relatives on high posts and no one can harm him. But, after the threat, complainant folded her hands in order to apologise, the applicant then touched her hands and pressed them.

The complainant narrated the incident to another teacher and on October 12, 2018, she filed the report to the police for penal action against the applicant headmaster.

The applicant then filed an application under Section 482 of CrPC for quashing of the said proceedings.

Applicant’s lawyer SJ Salunke submitted that all allegations about the attempt of applicant to outrage the modesty of complainant are false, baseless and vexatious. He argued that there was inordinate delay in lodging the FIR.

Also, while discharging her duties in the school, complainant had a habit of insubordination. She always remained absent in the school without giving prior intimation or application for leave. She ventured to put her signature on the muster roll subsequently without permission of the higher authority. A memo was issued to the complainant for her negligent conduct and demeanour in the school. The Divisional Deputy Commissioner, Social Welfare Department was appraised about frequent absence of complainant on duty without prior intimation. The applicant being headmaster of the School used to try and make her understand to behave properly. But she threatened him with a case of sexual harassment, Salunke submitted.

Court examined the submissions and noted-

“The aforesaid provision of Section 354 of IPC has been enacted to safeguard the public morality and decent behaviour. Therefore, if any person uses criminal force upon any woman with intention or knowledge that the woman’s modesty will be outraged, he is to be penalized. In order to constitute the offence under Section 354 of IPC, mere knowledge that the modesty of a woman is likely to be outraged is sufficient without any deliberate intention of such outrage alone for its object. It is a rule of law that, while dealing with the cases of allegation of outrage of modesty, the Court should adopt a careful approach and offence cannot be treated as trivial.”

After careful assessment of the complainant’s statement, Court observed-

“The intense scrutiny of the factual score reflects that there was no use of criminal force or assault by the applicant-Headmaster to the respondent No.2 – Assistant Teacher at the time of alleged incident. The bare act of touching the hands of fellow woman-teacher by Headmaster while uttering words that her bills would be made cleared and she should not make complaint to Trustees of the School, would not itself sufficient to constitute the offence of outraging the modesty of respondent No.2 – complainant.

The factual score of the episode of allegation of indecent behaviour of the applicant- Headmaster, prima facie, reflects that there was no culpable intention on the part of applicant-accused while touching the hands of respondent No.2 Teacher to commit the offence of outraging her modesty.”

Thus, the said FIR was quashed and set aside.