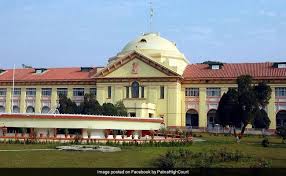 PATNA: More than three years after Bihar Chief Minister Nitish Kumar rolled out an ambitious prohibition policy, its success remains a matter of debate. But one thing it has achieved is an alarmingly high pile of excise cases. Now, the Patna High Court has asked the state government to present a plan for how it plans to dispose these cases.

In a recent judgement, the court noted that the total number of such pending cases till July 8 this year is some 2.7 lakh.

In the absence of adequate judicial officers and support staff, the management of these cases is near impossible.

In an affidavit, the government has said that so far 67,000 people have been arrested and over 52 lakh litres of liquor has been seized. However, only 2,629 cases have been disposed of.

After the state government’s affidavit, the court has directed the Chief Secretary to file another about how the state hopes to tackle the problem of increased litigation.

The move is seen as one directed to draw attention to courts getting overburdened with excise and prohibition cases.

Bihar had banned country liquor from April 1, 2016 and prohibited the consumption of any alcohol six months later.

But at its peak, the law the led to an average of 172 arrests every day or one every 10 minutes.