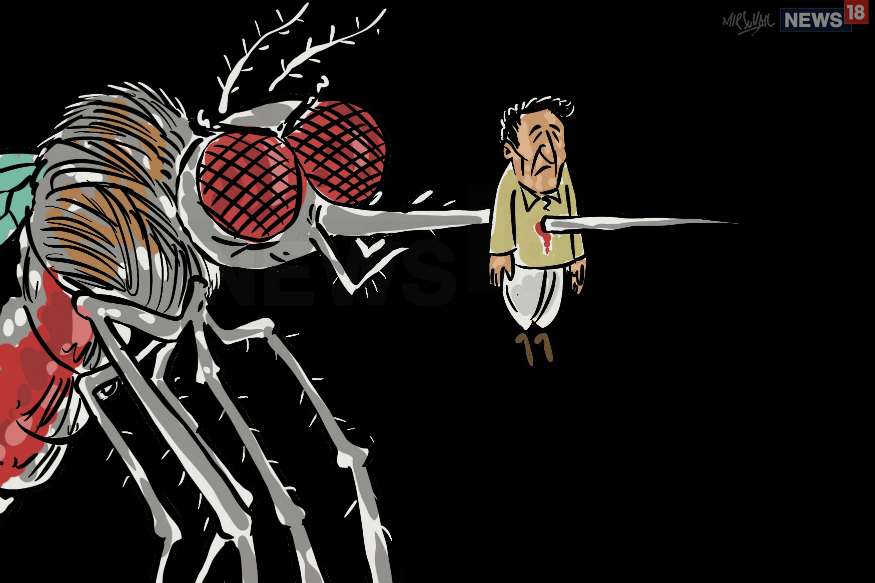 At least 125 fresh cases of dengue were recorded in Bihar that witnessed fresh spell of rain late last month. With the fresh cases, the total number of people tested positive for the mosquito-borne diseases rose to 3,950 of which 2,953 were reported from Patna. In the last two days, the capital of Bihar witnessed 77 fresh cases.

Dengue is spread by bite of female mosquito – Aedes aegypti that breeds in clean stagnant water. These mosquitoes bite during the early morning and in the evening before dusk.

According to a report by The Times of India, no fresh cases of chikungunya were recorded in Bihar in the last two days.

The number of dengue and chikungyna cases has started to decrease in the state. The daily said that the decreasing trend could be observed even in the samples tested in the virology lab of Patna Medical College and Hospital (PMCH), where blood samples of 67 people, including 62 from Patna, were tested positive for dengue on Monday. The number of cases tested positive for dengue on Saturday were recorded at 168.

According to the daily, the health department principal secretary, Sanjay Kumar, said that the drop in mercury has led to decrease in number of dengue cases in Bihar.

Initial symptoms of dengue include high-grade fever and severe headache which is accompanied by nausea, vomiting, soaring of eyes, pain in joint and muscles, fatigue, rash among others.

People witnessing any of these symptoms should visit to a nearby hospital and get the necessary blood tests done. Patients who are diagnosed with dengue tend to feel week and their blood platelet count drops. Therefore, dengue patients should take adequate rest and increase intake of fluids including water, juices, coconut water among others.

People should avoid self-medication and follow the directives prescribed by doctors for early recovery. There is no treatment or vaccination for the disease and only timely diagnose and care can help it from becoming severe.