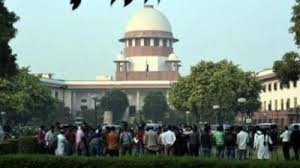 New Delhi: The Centre on Monday filed a reply in the Supreme Court on the AES outbreak in Bihar, saying that a decision has been taken to set up a 100-bedded paediatric ICU at Sri Krishna Medical College and Hospital (SKMCH) in Muzaffarpur in one year with funds from it.

The reply submitted that despite the fact that health is a state subject, the central government had taken all steps for giving necessary help and assistance to the Bihar government to contain the outbreak.

The death toll due to Acute Encephalitis Syndrome (AES) mounted to 140 in Muzaffarpur district on Friday.

As per official data, 119 deaths have been reported at the government-run SKMCH, which is handling the largest number of patients in the district, while 21 deaths have been confirmed at Kejriwal Hospital.

The state has been battling with the vector-borne disease for the past several weeks.

AES is a viral disease that causes flu-like symptoms such as high fever, vomiting and in extreme cases, brain dysfunction, seizure, and inflammation of heart and kidney.

The Supreme Court had on June 24 expressed “serious concern” over the rising number of deaths due to the disease.

Bihar Chief Minister Nitish Kumar has announced a compensation of Rs 4 lakh each to the families of the children who died due to AES.