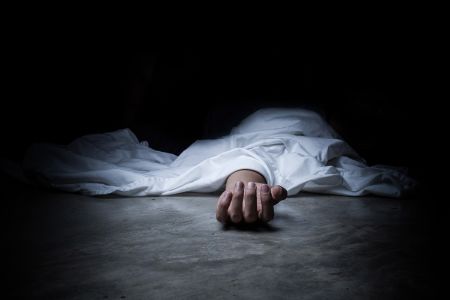 Noida/Ghaziabad: In two separate incidents of suicide, a 10-year-old boy allegedly committed suicide by hanging himself with the ceiling fan at his house in nithari area of Noida while in another a 30-year-old makeup man with a private news channel hanged himself to death inside his house in Vaishali area of Ghaziabad on Wednesday. In first incident reported from Noida, 10-year-old Sumer Das, native of Murshidabad district in West Bengal lived at a rented house along his family in Nithari area.

Cops said that his father is a e-rickshaw driver while his mother works as a house help at nearby residential sectors. “The incident came to light around 11 am on Wednesday when the boy was alone at home.” “When the mother came back home from work, she spotted the child hanging with the ceiling fan and rushed him to a nearby hospital where doctors declared him brought dead,” said Rajbir Singh Chauhan, Station House Officer at Sector 20 police station of Noida.

“The parents told police that the boy had urged his father to take him along on his daily ride on Wednesday morning but he denied as it was raining. Somehow, the boy got mentally depressed due to this and he took the extreme step to end his life,” added Chauhan.

In another incident, 30-year-old Nitesh Kashyap allegedly committed suicide by hanging from a ceiling fan at his residence in sector -5 Vaishali area of Ghaziabad.

Police have received a suicide note from the spot. Cops said that the suicide note revealed that the deceased had a dispute with his wife and family.

He also said that he loves his wife and family very much but taking the step under mental stress.

“We have not registered any case into the matter as no complaint has been received. Police recovered a suicide note in which the deceased said that no one should be held responsible for his death,” said Sandeep Kumar Singh, SHO of Indirapuram policestation.