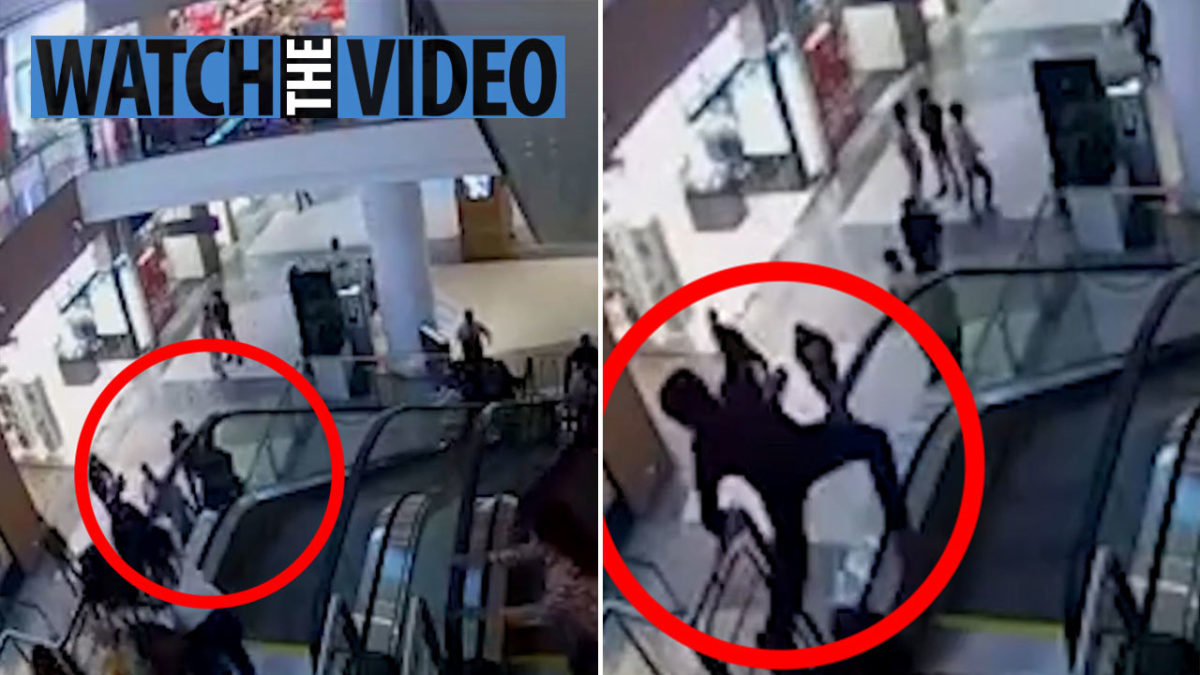 The young boy, named as Partiv Shah, appears to be bored and begins to play with the moving handrail at the top of the escalator at the Nucleus Mall in Ranchi, East India.

CCTV footage shows how he panics as his trousers appear to be caught in the mechanism, the young boy is hurled forward and his body thrown over the glass partition.

Shah manages to hold on for a few seconds before the fall, as panicked onlookers rush to the escalator in a vain attempt to help him.

TRAGIC ACCIDENT
According to reports the boy had been shopping with his aunt and uncle and had become separated from them at the time of the accident.

The mall’s manager urged guardians to take care of children and reiterated that this tragic accident could have been avoided.

Local journalist, Vishvendu Jaipuriar who claims to have witnessed the horrific accident said the boy appeared to be playing a game in which he was trying to ‘stop’ the escalator.

“The boy was rubbing his body against the escalator’s conveyor belt.

“He was playfully trying to stop with all his might. In the process, he got his pants stuck in the belt and was pulled along.”

SAFETY REGULATIONS
The journalist pointed out that had the mall been in accordance with Indian government rules which require safety nets near escalators, the young boy’s death could have been avoided.

Shah was rushed to hospital from the scene, as traumatised witnesses describe how there was ‘blood all around’ and that the boy didn’t even scream as he hit the floor.

The 13-year old was pronounced dead on arrival.

City Superintendent, Sujata Kumari Veenapani said in a statement: “It seems he was trying to slide down the ground floor through the handrail. The matter is being probed.

“Police will also look into the security aspects at malls.”