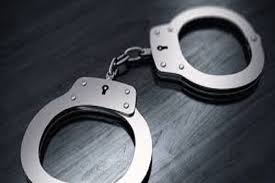 A woman has been arrested for allegedly lifting a two-day-old male child from a government hospital in Jharkhand’s Hazaribag district, the police said on Friday. The woman was in Hazaribag Sadar Hospital to assist a relativewho gave birth to a girl on Wednesday.

She lifted the male child and left the hospital early on Thursday as the relative wanted a boy, police said. “The woman was arrested on Thursday after the missing child was found at her residence in Harhad village under Mufassil police station limits,” Officer-in-charge of Hazaribag Sadar police station, Neeraj Sinha, said.

The boy, who was born on Tuesday, was stolen early on Thursday when her mother was sleeping. At around 4 am, she noticed that her son was not on the bed and raised an alarm. During investigation, it was found that the woman who was assisting the girl’s mother was not in the ward, Sinha said.

The boy who was found along with her at her house was later handed over to his mother, the police officer said. Both the woman and the girl’s mother were booked on the charge of kidnapping.

After her arrest, she was remanded to 14 days’ judicial custody by a local court, the police officer said. The girl’s mother was yet to be arrested as she is nursing her newborn child, he said..

(This story has not been edited by Devdiscourse staff and is auto-generated from a syndicated feed.)