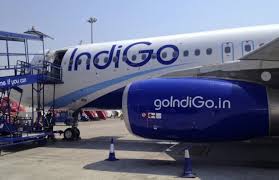 n 8th of August, IndiGo will launch services to Gaya – an in-significant thing to happen for an airline which has been growing at breakneck speed one may think. But Gaya does not feature in the top 50 airports in India by passengers and neither has it seen a sustained scheduled service in recent past. So what makes one look up to the flights to Gaya? It gives an indication of times to come for IndiGo and its focus on Kolkata as a gateway and connecting to India’s eastern neighbours and beyond.

Amidst the war of words in public and subsequent truce between the promoters of IndiGo , the airline seems to be silently pushing ahead with its renewed network plan with focus on religious tourism. IndiGo has time and again, in the last year, made its international ambitions public. Over 30 percent of its capacity growth in the last quarter has been on international routes. While the airline struggled to expand and maintain the Istanbul operations due to Pakistani airspace closure, the airline has tried making in-roads into markets of Jet Airways as the regulatory authorities initiated a re-allocation of seats to other carriers.

While the plan for flying to Gaya and connecting the city to Varanasi and Kolkata was announced a month ago, further phases of the plan seem to be taking shape – one flight at a time. The airline recently announced flights to Yangoon – the capital of Myanmar. Interestingly, the airline confirmed that the idea is to build a Buddhist circuit and attract traffic but it’s very first such connection is not seamless and would require a long layover at Kolkata both ways to travel between Gaya and Yangoon. The airline followed this with announcing the launch of flights to Hanoi from Kolkata.

Gaya is the gateway to Bodh Gaya — where Gautam Buddha is said to have attained enlightenment. The temple complex is a world heritage site and attracts tourists from Japan, Mayanmar, Cambodia, China, Vietnam, Thailand, Sri Lanka and Japan. Buddhism has four main pilgrimage sites — Lumbini in Nepal, Bodh Gaya, Sarnath and Kusinagara in India. With the launch of services to Gaya – IndiGo will operate to the nearest airports of all four — Kathmandu, Gaya, Varanasi and Gorakhpur respectively. Interestingly, except for Kathmandu — the other three have direct flights from Kolkata — its regional gateway.

How is it shaping out?

While numbers are hard to come by, anecdotal evidence suggests a large number of charters landing at Gaya for pilgrimage. Vietjet — the Vietnamese low cost carrier which has shied away from launching operations to India despite multiple announcements operates scheduled charter services to Gaya in pilgrimage season.

IndiGo already operates flights to Thailand from Kolkata and has announced flights to Myanmar, Vietnam and China. The only major market which is not yet announced from Kolkata is flights to Sri lanka. The current network will make Kolkata a transit hub for passengers who conglomerate there before proceeding to Gaya, Varanasi, Gorakhpur and Kathmandu.

Even if the airline does not launch services to Kathmandu from Kolkata, the open border between Gorakhpur and Lumbini, Nepal does the trick from tourism perspective, helping IndiGo build the Buddhist circuit.

While Air India and Jet Airways in the past have connected religious sites, hardly any airline in India has tried building a network around religious tourism. Connecting tourism centric places is one thing and a international to domestic connection – completely another.

The numbers will take time to shore up and the airline will have to tweak timings, equipment and operations for time to tell how successful this experiment has been. The prolonged closure of Pakistani airspace seems to have motivated the airline to look-east and reduce the dependence on its hub at New Delhi — which became prone to increased flying times due to the airspace closure.

The de-risking strategy will also help get domestic connections from major metros which are connected to Kolkata with multiple daily flights. The lack of non-stop flights to most of the countries in the east including Myanmar and Vietnam — which are becoming popular with Indian tourist, would see a steady traffic potential of Indian tourists flying IndiGo via Kolkata.

Kolkata is a level 3 airport by IATA standards. This means that the airport is congested and additional movements may not be possible. However, new destinations get priorities when slots are limited and to add to that IndiGo has built a formidable hub at Kolkata over the years, allowing it to cancel its own flights on domestic sectors to utilise the slots for additional international flights.

With an integrated terminal at Kolkata — the transfer from domestic to international and vice versa is relatively simpler than New Delhi — the airline’s primary hub.

The results will be known in another year’s time. The airline has the cash to sustain that period, but one doesn’t know if it has the patience to sustain that long. With a growth which is as fast as no other, the airline has pulled the plug on few flights in the past in a short span of time.

May be the blessings of Buddha is what the airline needs to solve its internal issues and maintain its courteous, hassle free and on-time operations.