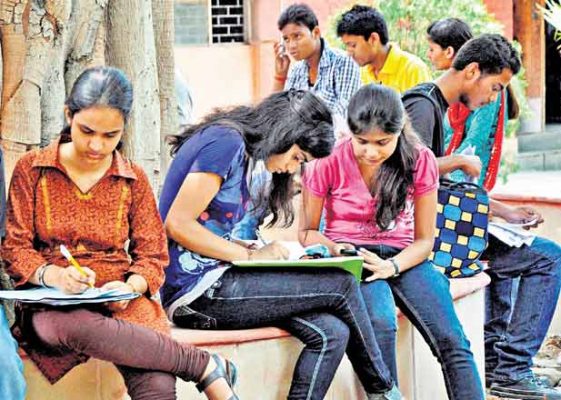 Sriram, an aspirant for the Civil Services who successfully qualified for selection to the Indian Police Service (IPS) by securing the 150th rank in the merit list, was shocked when he did not find his number in the list of qualified aspirants at the prelims in the following year. After having prepared for the examination for three years he had cleared all the hurdles and secured a position in the IPS. He had appeared at the examination again to improve his rank and join the Indian Administrative Services (IAS). However, he could not clear even the first hurdle.

There are many other aspirants who share the same feelings. The Civil Services examination is conducted in three stages i.e. Preliminary, Main and Interview. The Preliminary examination, which is the first stage, is an objective type paper with multiple choice questions.

Aspirants often underestimate the importance of the Preliminary, and qualifying in it is taken for granted. However, the sheer magnitude of the competition where only 11,000 candidates qualify out of the five lakh who appear indicates the nature of the Preliminary. Also with negative marking in place the difference between success and failure could be a mere 0.33 per cent.

The Preliminary was introduced to `keep non-serious aspirants out and reduce the number of aspirants to a manageable number’ on the recommendations of the Kothari Committee in 1979. When it was introduced, it comprised an optional paper for 300 marks and a General Studies paper for 150 marks. The Satish Chandra Committee of 1989, appointed to review the examination, upheld the pattern but recommended negative marking to reduce the ‘chance element’ negative marking was introduced in 2007. The Alagh Committee of 2000, suggested a revised format for the Preliminary with an optional paper for 300 marks and a CSAT paper for 200 marks. The Second Administrative Reforms committee recommended common papers at the Preliminary. The Union Public Service Commission (UPSC) appointed the Khanna Committee in 2009, which recommended a revised format of the Preliminary with two papers i.e. CSAT and General Studies Paper. This was implemented from 2011. This pattern of equal weightage to aptitude and general studies gave an unfair advantage to urban students and there were wide spread protests all over India mainly from the Hindi speaking areas.

The government responded to the protests by making the Aptitude paper which had questions on quantitative aptitude and English comprehension as a qualifying paper. Aspirants who had suffered due to the CSAT model were compensated by increasing the age limit and the number of attempts by two years. Also, all aspirants of the year 2011 were given another attempt.

It is this change that has resulted in a lack of `cause’ and `effect’ relationship. The UPSC has the unenviable task of reducing the number of aspirants out of the marks scored in the General Studies paper which has only 100 questions. Towards this aim it has been making the questions as unpredictable as possible. Such an uncertain exam is grossly unfair and dampens the spirit of the aspirant.

The Preliminary has become a jealous gatekeeper and many prospective aspirants are likely to move away from the examination. Such an exam in the long run is going to affect the quality of administration. Students have been protesting in Delhi for the last five years and demanding compensation in the form of at least an extra attempt. One of the demands has been to change the format of preliminary to reduce the uncertainty.

From 1979 to 2010, there were no protests as the exam had a cause and effect relationship. If you work hard and you were sure you would pass the examination – The uncertainty began with the changes and has reached a peak after 2015.

The UPSC has realised that it is time to make changes. It is reported that the vision document released by UPSC has recommended to the government that the CSAT paper should be deleted from the scheme of examination.

While it is not known whether an alternative paper has been recommended, it would be ideal if another paper on General Studies is introduced with diverse areas and predictability with reference to the number of questions from each area.

This paper could also have 100 questions and could replace CSAT. This will lead to the much needed uncertainty reduction and encourage qualified and meritorious youth to choose a career in the Civil Services, instead of opting for the private sector.