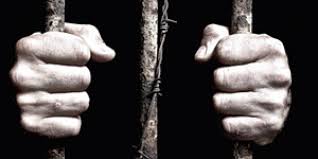 PATNA: After years of chasing, the outlawed CPI (Maoist) guerrillas, two hardcore Maoists of Vaishali district in Bihar surrendered at police headquarters on Monday with a huge cache of arms and ammunition.

The Maoists, identified as Amarnath Sahni (45) and Rakesh Sahni (40) of Jandaha block were wanted in more than a dozen cases of insurgency-related crimes including the murder of two farmers in 2018.

ADG (Hq) Jitendra Kumar told the media that Amarnath Sahni has been accused of 14 cases whereas his associate Rakesh Kumar is named in six Maoist related crimes in the state.

“They surrendered before the police headquarters with one carbine machine gun, 2 pistols and a large number of cartridges and one country made one round pistol,” Kumar added.