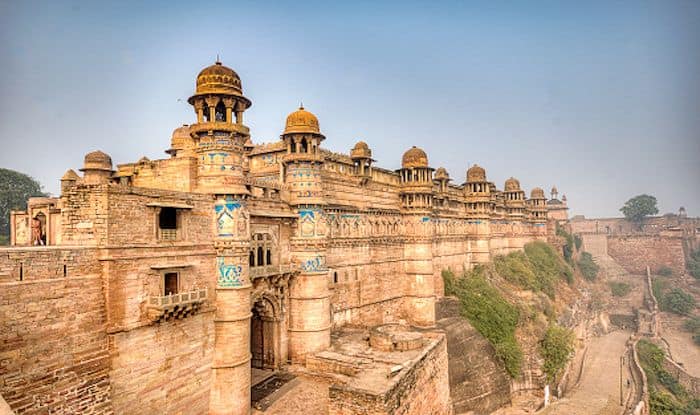 India is a country with rich history in every nook and cranny. And the best way to step into the ancient world is by visiting the terrific monuments dotting the country’s length and breadth. However, these are some of the top ones in North India that you mustn’t miss any at cost.

Constructed in mixed styles of Indian and Persian architecture, Humayun’s Tomb is one of the most beautiful heritage monuments existing in India. Interestingly, this is what inspired the Taj Mahal to be built in Agra. Humayun’s Tomb was built by the wife of Humayun to commemorate his death in the 15th century.

While many would say that the Taj Mahal is a must-visit, the royal city of Fatehpur Sikri is an extraordinary experience unto itself. From palaces, public buildings, mosques, quarters for the king, army and the servants, there’s a lot to see here. Keep an eye out for the gorgeous carved columns and decorated pillars, all built in the 16th-century.

Hawa Mahal or the ‘Palace of Winds’ is an interesting looking structure; it looks almost like the honeycomb of a beehive with its 953 intricate windows. Built by Maharaja Sawai Pratap Singh, Hawa Mahal is known as the tallest building in the world that isn’t built on any foundation. The palace stands firm due to its pyramidal shape.

One of the four holy grounds of Buddhism, Mahabodhi Temple is where the Buddha attained enlightenment while meditating under a fig tree. Built by Ashoka in the 3rd century BC, the temple holds a massive statue of Buddha. Interestingly, it is believed that this spot where Buddha attained enlightenment will be the last to disappear when the world ends and the first to reappear when the world is created again.

Believed to have been constructed in the 6th-century by the Mughal Emporer Babur, the Gwalior Fort is often described as a pearl among Indian fortresses. This is where you’ll find the second oldest reference to the number zero. It’s a must visit if you’re in the iconic city of Gwalior in Madhya Pradesh.