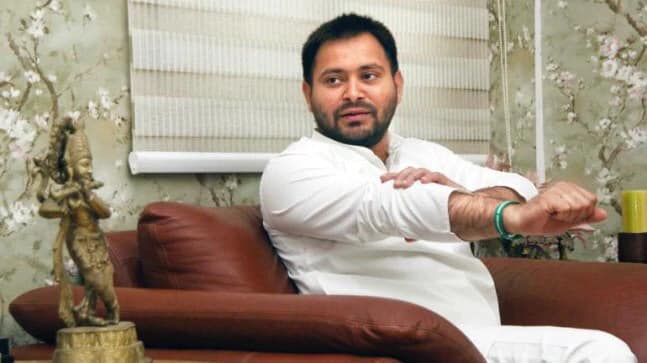 Patna: Under fire for the Rashtriya Janata Dal’s (RJD’s) dismal campaign in the Lok Sabha elections, Tejashwi Yadav is still to return to the political arena even though he was back in Patna Sunday evening after spending a month in New Delhi.

Yadav’s absence is all the starker as he is the leader of opposition in the Bihar assembly, where the monsoon session commenced Friday. On Monday, the treasury benches allowed a rare adjournment motion on the death of around 180 children in Muzaffarpur due to the Acute Encephalitis Syndrome (AES).

Adjournment motions are an opportunity for the opposition to censure the government on its lapses, but Tejashwi, the son of RJD chief Lalu Prasad Yadav, wasn’t present in the House despite his home in Patna being less than a kilometre from the assembly building.

“This must be the first time in parliamentary history that the leader of the opposition has been absent on such an important issue,” an angry RJD MLA later told ThePrint.

The onus was then on a few senior opposition leaders such as Abdul Bari Siddiqui of the RJD and Sadanand Singh of the Congress to grill the JD(U)-BJP government on the issue but they targeted Health Minister, the BJP’s Mangal Pandey, as opposed to Chief Minister Nitish Kumar.

The Nitish government has been pulled up by the Supreme Court and the media over the Encephalitis deaths but was virtually handed a walk-over in the assembly as the opposition allowed Pandey to read out the steps taken by his department without questioning him.

Family, party unsure of whereabouts
Tejashwi had gone off the radar after addressing a press meet in Patna on 28 May following the Grand Alliance’s defeat in the Lok Sabha elections. There was much speculation on his whereabouts with some RJD leaders even claiming that he may have gone to London to watch the Cricket World Cup as he is a former cricketer himself.

On 28 June, exactly a month later, Tejashwi tweeted accusing the media and his political opponents “of cooking up spicy stories” of his absence and stating that he was away as he had an anterior cruciate ligament (ACL) injury.

He then went on to reiterate his party’s “commitment to the poor” and added that he was “following up on” the death of children due to Encephalitis.

But there is little clarity on his whereabouts, with family members showing irritation when asked the question. Tejashwi’s brother Tej Pratap surfaced in the assembly Monday but shrugged off the question. “He must be at his home,” Tej Pratap said. Their mother, former chief minister Rabri Devi, Friday snapped back at a reporter over the same question. “He is at your home,” she said.

RJD MLAs, however, told ThePrint that Tejashwi was yet to interact with them. “When a few MLAs telephoned him they were told that he would call back. But that call never came,” a senior RJD MLA said, adding that the party was yet to hold its routine meeting of legislators to discuss its floor strategy for the monsoon session.

“The result is that in the assembly we are going soft on CM Nitish Kumar, but in the state legislative council, Rabri Devi is demanding his resignation,” he added.

Opponents mock RJD leader
NDA leaders have been taking jabs at Tejashwi ever since his tweet on 28 June.

“Arun Jaitley and Sushma Swaraj made their illness public while they were in office,” said deputy CM Sushil Kumar Modi. “Tejashwi Yadav made his absence mysterious and has disrespected his party and its legislators.”

The RJD leader is also facing flak from his own party colleagues. “The manner in which he runs the party raises questions on if the party will survive. He refuses to meet his supporters and leaders,” said another RJD leader. “All this is happening when the party has to gear up for the assembly polls next year.”

The leader further said that Tejashwi is living up to his reputation as a “non-serious political leader who did not even cast his vote in Patna during the Lok Sabha polls”.