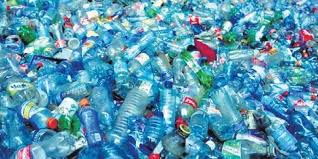 Single-use plastic items will be banned at Jharkhand government offices from October 2. The rule will be implemented at all such offices, which are either directly or indirectly under control of the state government. Chief Secretary DK Tiwari, on the proposal of Forest department, directed to ensure that ban is implemented in every government office all over the state. According to the directions issued by the state government, the offices will have to make arrangements for collecting plastic waste separately so that it could be disposed of in a proper way.

To check mob-violence following rumours of child-lifting, the Ranchi Police has decided to distribute pamphlets in both rural and urban areas as well to spread awareness among the people. A team of police personnel and members of a peace committee will paste posters in some of the strategic locations, appealing the people not to pay heed to such rumours. The people will also be told about the provisions of law under which they could be punished, if found involved in any kind of mob-violence.  Earlier, Jharkhand DGP K N Chaubey had told the media that the police were holding meetings with the people and cautioning them against mob violence, but added that law enforcers need the society’s contribution and help to control the menace.

To ensure security to court witnesses, an authority will be set up in each of the districts headed by a principal district judge. The authority will identify such witnesses who are vulnerable to pressure. The witnesses may also request to the authority to provide security if they feel that their life or property is in danger. It will encourage witnesses to appear in the court boldly without fear as it will provide them a sense of security inside and outside the court campus.  The suggestions for forming such an authority came after several witnesses were intimidated by moneyed people.

Adding one more feather in its cap, Ranchi’s Sadar Hospital has come second in the country for treatment of patients under the Ayushman Bharat Scheme. According to officials in the Ranchi administration, 6,840 patients were treated under the Ayushman Bharat in the last one year. Officials claimed that more than 45,000 patients were treated free of cost in the district, providing benefits worth more than `62 crore to them. Sadar Hospital has provided five times more benefits than the state’s premiere health institute, Rajendra Institute of Medical Sciences (RIMS) in Ranchi. 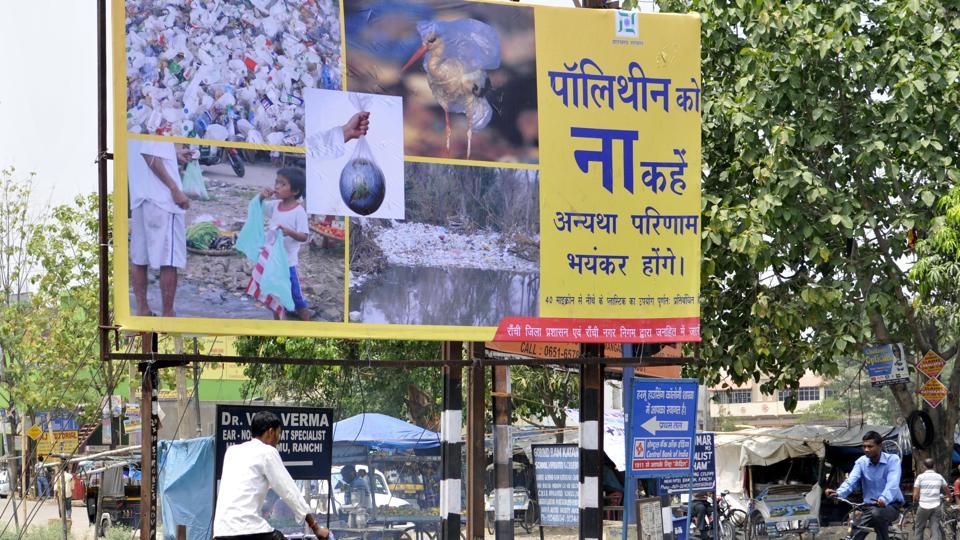 In a bid to protect the environment, use of plastic carry bags was declared a punishable offence in Jharkhand in September 2017 and the state government had put a blanket ban on manufacturing, import, storage, transportation, usage and sale of plastic bags. To enforce the ban, the state urban development department on October 25, 2017, had directed all 41 urban local bodies (ULBs) to make the respective towns under their jurisdiction plastic free.

The plastic ban was enforced with much fanfare and for the first six months, several ULBs took numerous measures to comply with the state government’s order and action was taken against end users in several cities.

Use of plastic carry bags declined largely during that period, as retail traders were scared of hefty fines of up to Rs one lakh and a jail term of five years under the new rule.

Customers too, were getting into the habit of using cloth and paper made bags.

Unfortunately, within a year, the zeal to curb plastic usage seems to have waned in the state.

Plastic bags have started dominating markets once again, and the drive against plastic has slowed down in most major cities in the state.

HT visited several markets in Jharkhand’s three major cities -Ranchi, Dhanbad and Jamshedpur-to see the ground reality of enforcement, but found that plastic carry bags are largely in use.

At Lalpur market, a vegetable seller, Raja Ram, said, “Plastic was banned more than a year ago but now it has returned back and everyone is using such bags.”

When a fish seller was asked about violation of law, he said, “Fish cannot be carried in paper or jute bag due to the water content in fish.” Use of plastic bags are also rampant in retail grocery shops in the city.

In 2017-18, Ranchi Municipal Corporation (RMC) had set up 11 enforcement teams to impose the ban in 53 wards of the state capital.

The teams were active for few months. They conducted several raids in malls and markets collected fines. However, such drives are hardly visible anymore.

“We admit the drives partially slowed down in initial months of this year. But an extensive drive has been started and is continuing for the last two months. In the past two months, we have collected Rs 1.40 lakh fine against use of plastic,” said RMC city manager Saurav Verma, who is leading the enforcement drive in Ranchi.

He said the use of plastic has extensively declined in malls and shopping complexes, which signalled success of the ban.

Plastic carry bags are still in use in Dhanbad, even as the Dhanbad Municipal Corporation (DMC) fines Rs 50 on consumers found carrying plastic bags. Traders and wholesalers are fined between Rs 5000 and Rs 50,000.

“Despite a strict ban, reports of poly bag use come from different parts of the city. But we are strict on it and flying squads crack the whip when we get such reports,” said Dhanbad town commissioner Chandramohan Kashyap.

DMC has already set up flying squads in its all five circles of Dhanbad, Jharia,Sindri, Katras, Chhatand for regular monitoring of the ban.

This year the DMC has sealed two plastic godowns in Jharia and Saraikhela areas of district. DMC additional town commissioner Sandeep Kumar said they have seized 130 kgs of plastic from wholesalers and retailers.

The scene is not much different in Jamshedpur. Even as authorities claim that they had implemented the ban efficiently and action was being taken whenever the authorities got information about usage of plastic bags in markets, local shopkeepers have started using plastic bags regularly and with ease.

City manager of Jugsalai municipality, Abhishekh Rahul said, “We have been implementing the ban strictly. However, no raid was conducted at a large scale last month. Shopkeepers are not using banned polythene bags as they are still afraid of being fined. Only a couple of shopkeepers have been using it secretly and action would be taken against them.”