To promote the art and culture of Jharkhand, the Department of Tourism, Art, Culture, Sports and Youth Affairs in collaboration with Nav Pratibha Sansthan, Ranchi presented a drama ‘Mai Mati’ on February 10 at Sushila Palace in Ranchi.

The main focus of the drama was to give a message that State can protect Jul Jungle Zameen only by following the footsteps of the brave sons of State.

The artist through the drama also tried to give a message on how the sons of soil fought to protect Jul Jungle Zameen and also against the mighty Mughals and British.

In the drama, the saga of Thakur Vishwanath Shahdeo was also staged in a simplified way. It also urged the audience to beware of trouble makers in the State.

Neha Navneeta did justice to her character along with Vinod Mahto and Jaideep Sahay who demonstrated superb acting skills as Englishmen. Actor Sanjay Nayak who portrayed the role of a soldier urged the people to fight for their rights.

The Chief Guest for the occasion MLA Mathura Prasad Mahto praised the performances of the artists and said that Jharkhand is a rich centre of art and culture and both art and artists need to be preserved.

Member of Food Safety Commission said that Jharkhand is identified with culture and the people in the rural areas have managed to preserve it. 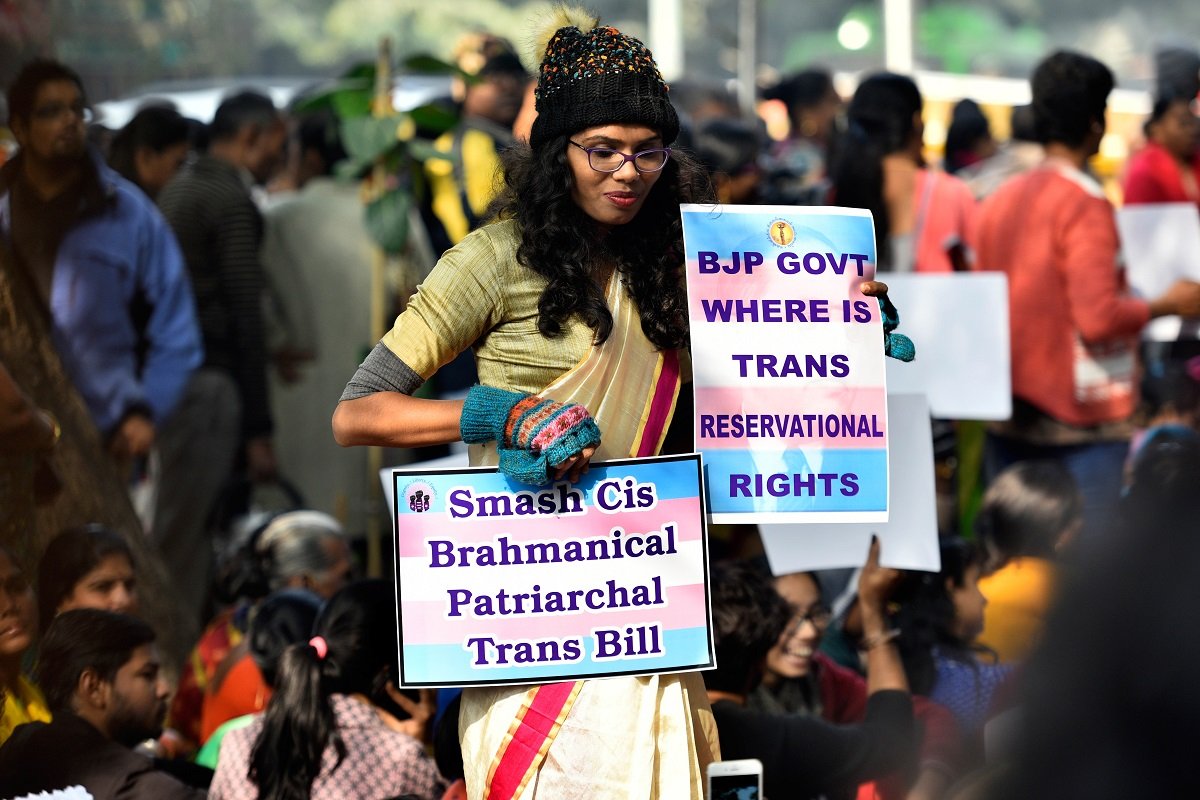 On 15th January 2019 when 21-years-old Alka left her place to visit the Tattapani festival ground in Balrampur, Chhattisgarh, did she realise that this would be her last day? When she met two men, Saurabh Gupta and Shahshank Gupta there, did she realise that one of them is an alleged rapist and that these two men will mercilessly murder her? Did she realise the kind of danger she was in? Did she realise that she was going to die when they took a huge rock and crushed her genitalia? We can never know the answers to these questions because Alka is no more.

Alka was a young transgender woman, who had left her home at the age of 16 and was living on her own. She was killed allegedly because the two men realised that Alka was not a cisgender woman but a transgender woman. They felt so angry that they decided to punish Alka by mutilating her genitalia and then killing her. How dare she present herself as a ‘woman’? How dare she ‘cheat’ these men who wanted to fulfill their lust? How dare she exist? And thus, they allegedly decided to cease Alka’s existence as a woman, forever.

This had happened in Chhattisgarh, at Tattapani, which is a hot-water spring where tourists throng especially during Makar Sankranti. An eerily similar incident happened just a few days after this incident in the buzzing and modern city of Delhi.

A 21-year-old transgender woman was given a lift by two men in a cab on the midnight of January 20, 2019, from Trilokpuri to Barapullah. The duo allegedly tried to sexually assault her in the car. When she declined the duo, Sagar Kumar and Chandra Kant, were reportedly so enraged that they shot her in the abdomen and threw her out of the moving car. Fortunately, she survived.

Violence against people from the transgender community is not new. The British infamously registered and controlled Indian transgender persons under the guise of The Criminal Tribes Act, 1971 which considered Hijras (called ‘Eunuchs’ in the Act, a derogatory term referring to castrated men) as criminals and barred them from dressing as women or engaging in their traditional activities. Violence was perpetrated against them as they were considered a threat to British culture and polity. However, the Hijras survived the crushing British Rule.

Cut to 2019, the government of the Republic of India, a constitutional parliamentary, socialist, secular, republic, which is the largest democracy of the world, and which is bound to protect the values of equality, justice, liberty, and fraternity, enacted the Transgender Persons (Protection of Rights) Act, 2019 despite protests against it by the Transgender community.

very year across the world numerous transgender persons are murdered simply because of who they are. A much higher number faces sexual and physical violence, which often goes unreported. Most often the violence is done by their own families and partners. This is the price that transgender folk pay to accept and assert their identity. This is the price they pay for simply existing.

As we celebrated the Day of non-violence and peace on January 30, on the occasion of death anniversary of the biggest proponent of non-violence in the 20th century, Mahatma Gandhi, and pledge to carry forward the legacy of Ahimsa, it is time to ponder and reflect upon the violence perpetrated against transgender folk, and how we can create a future where every transgender person feels safe and secure, and doesn’t think of being murdered every single living day of their life.