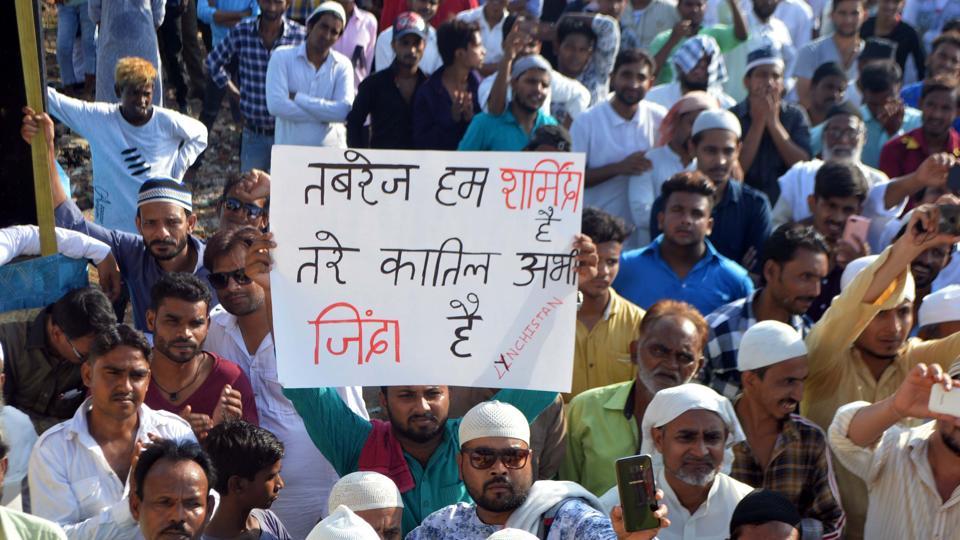 A joint group of organisations, which took out a protest rally on Friday in the state capital against the recent mob lynching of a community’s youth in Saraikela, attacked and vandalised a bus of Central Institute of Psychiatry (CIP) at Rajendra Chowk panicking the commuters.

The district and police administration, however, intervened soon and brought the situation under control. Police personnel have been deployed in area.

“It was a minor incident. Situation was soon brought under control,” said Ranchi deputy commissioner Rai Mahimapat Roy. According to eyewitnesses, students sitting in the bus raised religious slogan which incited people participating in the rally. They then attacked the bus and resorted to vandalism. Some students received minor injuries.

Earlier in the day, organisations under the banner of Muttahida Muslim Mahaz (MMM) convened a public meeting at Urs ground at Doranda where leaders vented ire over the rising mob lynching incidents in the state and demanded CBI probe into the recent killing of Tabrez Ansari.

Addressing the gathering MMM convenor Maulana Obedulla Kasmi said that their agitation was not directed against a particular caste or religion but it was against the unscrupulous elements, who are trying to spread hatred by committing crimes like mob lynching.

The organisations prepared a charter of seven demands to press it before the government.

A mob had mercilessly beaten up Ansari for hours and forced him to chant Jai Sri Ram and Jai Hanuman in Dhatkidih village under Seraikela police station (PS) in the night of June 17-18. He succumbed to his injuries on June 22.