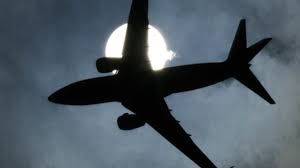 A Jharkhand resident has been arrested and faces up to 3 months jail or Rs one lakh fine for allegedly smoking inside the lavatory of a Ranchi bound flight. Deepak Kumar Sharma, a resident of Hazaribagh in Jharkhand was deplaned from an IndiGo airlines flight (6E 485) and handed over to the police on Friday.

A smoke alarm inside the aircraft went off, blowing the lid of Sharma’s illegal conduct, when the Airbus 320 aircraft enroute Ranchi landed at Patna around 2.30 pm, police said.

The passenger was first handed over to the Central Industrial Security Force (CISF), tasked with airport security, before he was handed over to the airport police station that charged him with smoking inside the aircraft, said Garima Mallik, Senior Superintendent of Police, Patna.

The Police were considering if Sharma had to be charged under the non-bailable section of the relevant act, SHO of airport police station, Jaishankar Prasad said seniors were being consulted on the matter while Patna SSP said non-bailable section had not been invoked so far.

The incident raises questions over the airport security which shouldn’t have allowed the accused to pass through with a matchbox or a cigarette lighter.

According to airport sources, the accused could end up paying a penalty of up to Rs 1 lakh or spend up to three months in jail for risking security inside aircraft.

Section 25 of the Aircraft Act states, “The owner or the operator and the pilot-in-command of every aircraft registered in India, shall exhibit or cause to be exhibited in prominent place(s) in the aircraft, notice(s) stating where and to what extent smoking is prohibited or permitted therein. No person shall smoke: (a) in any part of an aircraft or in its vicinity, in which a notice is displayed indicating that smoking is prohibited. (b) Anywhere in an aircraft during take-off, landing or refuelling or during a period in which a notice is temporarily displayed indicating that smoking is prohibited.”