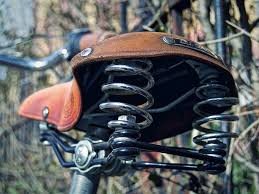 Patna: A grade 12 girl was dragged by youths into a car, gang raped in the moving vehicle and then thrown along a road in Bihar.

The police have arrested one person but four others are absconding.

Police said the 17-year-old was returning home after school on her bicycle on Friday afternoon when the youths kidnapped her. She had gone to school to receive her grade 12 mark sheet and other documents for admission in higher classes.

After the kidnapping, the youths drove the car around the locality and raped her until she lost consciousness. According to the victim, five men were in the car. After committing the crime, they threw her along the road and fled the scene.

Late in the evening, villagers noticed the unconscious girl on the road with her school documents by her side. They called up her father using a contact number written on the school documents. The victim was then admitted to hospital where her condition is said to be critical.

“We have arrested one person based on the information provided by the victim while raids are already on to nab the other absconding accused persons,” the local Saran district superintendent of police Hari Kishore Rai told the media on Sunday.

The opposition Rashtriya Janata Dal slammed the state government for the fast-deteriorating law and order situation in the state. “This is one more example of worsening law and order in Bihar,” RJD spokesperson Mirtunjay Tiwary said.

Last week, three incidents of gang rapes were reported from various parts of the state.

In one case from the Sitamarhi district, two sisters were kidnapped from outside their home in the night and allegedly gang raped by eight men.

After the incident invited wide outrage, former parliamentarian Rajesh Ranjan, alias Pappu Yadav, announced a cash reward of Rs100,000 (Dh5,316) to anyone who kills the rapists.

“If the government can punish the rapists, the society too holds the right to teach a lesson to the outlaws,” Yadav told the media after meeting the two girls last week.