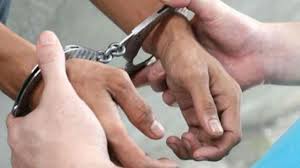 Police have arrested five members of a gang that looted a jewellery store in Hyderabad’s AS Rao Nagar on September 4. The accused were arrested within 24 hours of the robbery from Patna.

Efforts are on to nab another absconding accused.

The six accused are natives of Bihar and worked as menial workers in Hyderabad.

The accused, identified as Md Shabaz Alam, Md Shahid, Md Mansoor Alam, Md Kasim, Aftab Alam and Mehandi Azeem robbed a jewellery store of AS Rao Nagar of the city and ran away with the looted items.

The looted items and valuables included 100 gm gold ornaments. The security guard of the shop alerted the police.

Police identified the accused through CCTV and found that all the accused have left to their native place from Secunderabad Railway station.

Immediately a special team was formed by Commissioner Rachakonda Mahesh Bhagwat and the team took a plane to arrive at Patna.

The police was waiting for them at Danapur Railway station.

The gang was also involved in a similar burglary in Maharashtra, Karnataka and Goa.