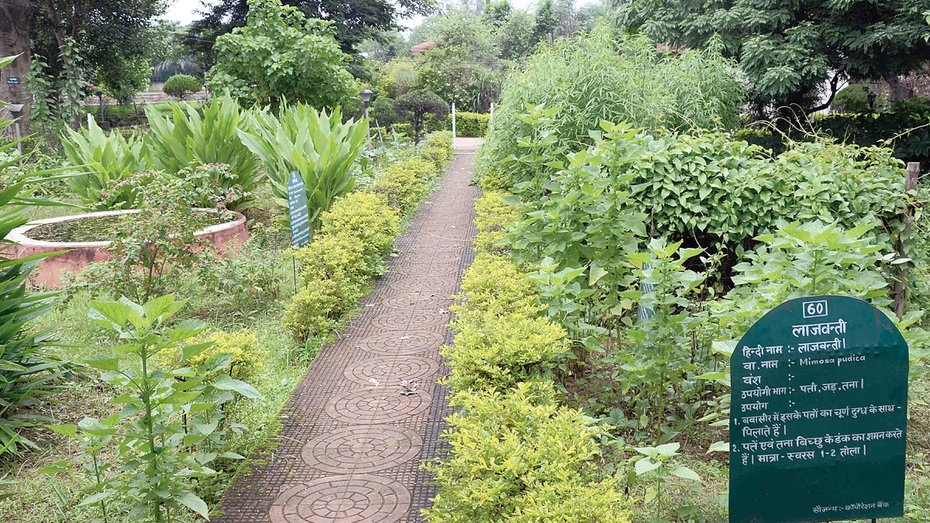 The capital will be developed as a herbal healthy city with focus on planting over 1,000 medicinal plants at parks and community centres, an ambitious initiative of Ranchi Municipal Corporation (RMC) that is relying on experts for guidance.

“We have taken a decision to this effect at a board meeting held recently to develop the capital as a herbal healthy city. Ayurveda expert Dr Suresh Agarwal has agreed to provide us with the required number of medicinal/herbal plants,” said RMC deputy director Sanjeev Vijayvargiya, adding that that RMC had zeroed in on Amrita or giloy (Tinospora cordifolia), Vasaka (Justicia adhatoda), Sendwar (Vitex negundo) and Harsingar (name Parijat) across all wards.

According to RMC sources, a decision has been taken to plant five saplings of each of the four types of medicinal plants in all each ward.

“We have decided to plant at least five saplings of each of the four medicinal plants. The number can go higher (a total of 20 saplings in each of the 53 wards which means a total of 1,060 saplings),” said the deputy mayor.

Once all saplings were planted, Ranchi, he added, would be the first city of India to have undertaken such an initiative. “We hope to complete plantation in the next few months with the help of various ward members in the first phase,” said Vijayvargiya.

According to Agarwal, they have decided on four medicinal plants as these were helpful in fighting common ailments.

“We have selected plants keeping in mind common diseases like cold and cough infection, stomach ailments, arthritis etc. Few saplings have already been planted. I have suggested to RMC officials to ensure that herbal plants are planted near temples, mosques, churches, sarna sthals (tribal worship), parks, schools and community halls and open spaces so that there is a sense of ownership among people who will then prevent their damage,” said Agarwal, who had given a 10 minute presentation before RMC officials last month.

“I am glad RMC has accepted the idea,” said Agarwal who has done extensive research in herbal medicines for over two decades.