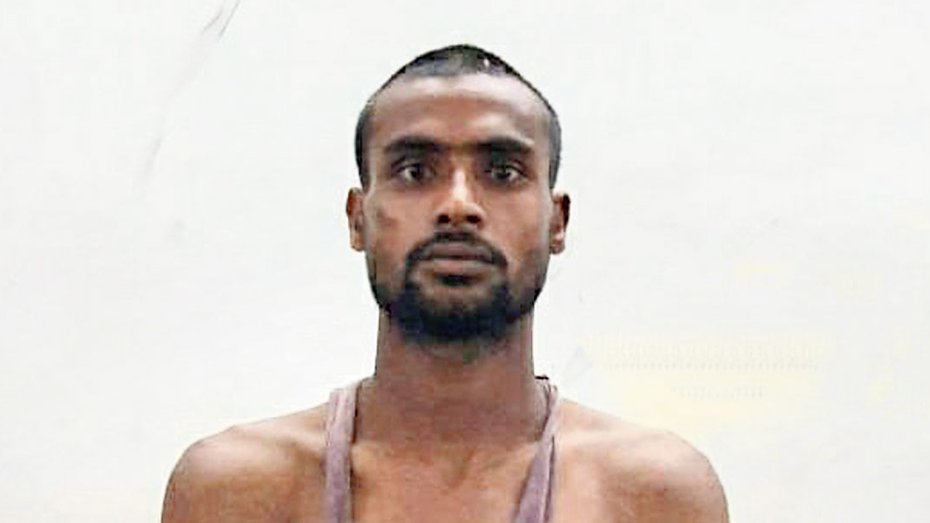 10-year-old homeless girl was dramatically rescued from a sack by Ranchi police near Albert Ekka Chowk on Sunday afternoon, with the youth carrying the gunny bag later confessing that he had kidnapped her with the intention to rape her.

Officer in-charge of Kotwali police station S.N. Mandal, under whom the area falls, said accused Sajan Ansari, of Nizam Nagar near Hindpiri, had drugged and kidnapped the girl in order to rape her.

Speaking to this paper, he said the girl was sitting on the roadside near Albert Ekka Chowk around 12.30pm with her maternal grandmother. The accused went up to them and offered them food mixed with intoxicants.

“Both the girl and the elderly woman fell unconscious. Ansari then put the girl in a big gunny bag and started walking away from the place. Some bystanders suspected he was carrying an animal in the sack. They raised an alarm and informed the police. We found the girl inside the sack,” said Mandal.

He added that the accused was booked under Sections 363 (kidnapping any person from lawful guardianship) and 370 (trafficking) of the IPC. The man was also forwarded to Birsa Munda Central Jail.

“During questioning, he confessed that he wanted to rape her and so he kidnapped her. He admitted he could have murdered her also after the rape,” said Mandal.

Mandal added Ansari’s criminal background, if any, was being investigated.

That a girl could be bundled into a sack in broad daylight from Albert Ekka Chowk could be an indicator of how vulnerable children are in the capital. Albert Ekka Chowk in the heart of the capital always remains crowded. But being a rainy Sunday, this afternoon happened to be a tad deserted.

Later, the girl was taken to the police station and given food and water. She said she was the eldest of the two daughters of her widowed mother and they used to live near Sujata Chowk in a slum. But, after their makeshift home collapsed, the family is homeless. She said she studied only up to Class I.

Asked about Ansari, she said she didn’t know who he was. “He came to us and gave us food. We were hungry so we had it. I want to go to my mother and sister. I don’t know where they are,” the little girl said.