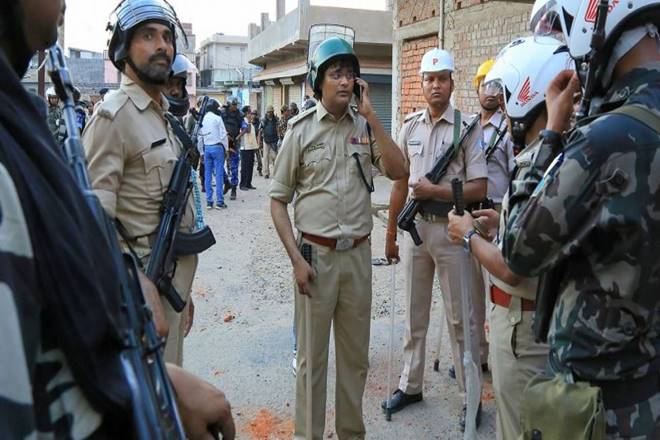 Ranchi violence: The Ranchi administration is on its feet trying to water down the simmering tension in various parts of Jharkhand’s capital city after an incident last Friday when a mob tried to burn a college bus and vandalised several other vehicles. The police swung into action after CCTV images of the purported violence went viral. The incident reportedly took place during a rally organised to protest the lynching of Tabrez Ansari in Saraikela district on June 17.

The viral video shows a violent mob attacking a bus in Ranchi’s Doranda area on July 5. According to reports, some elders among the crowd were seen trying to pacify the agitated men not to resort to violence.

The Ranchi Police has set up special teams study the CCTV footage of the violence. Six people have been arrested so far and three separate FIRs have been filed, Ranchi SSP Anish Gupta said.

Ansari was brutally thrashed by a mob which accused him of theft on June 17. He succumbed to his injuries on June 22. At least 11 people were arrested for the mob lynching incident.

The incident of Saraikela even featured in Prime Minister Narendra Modi’s speech in Parliament on June 26. PM Modi said he was ‘pained’ by the incident. “The lynching in Jharkhand has pained me. It has saddened others too. But, some people in the Rajya Sabha are calling Jharkhand a hub of lynching. Is this fair? Why are they insulting a state. None of us have the right to insult the state of Jharkhand,” PM Modi had said.