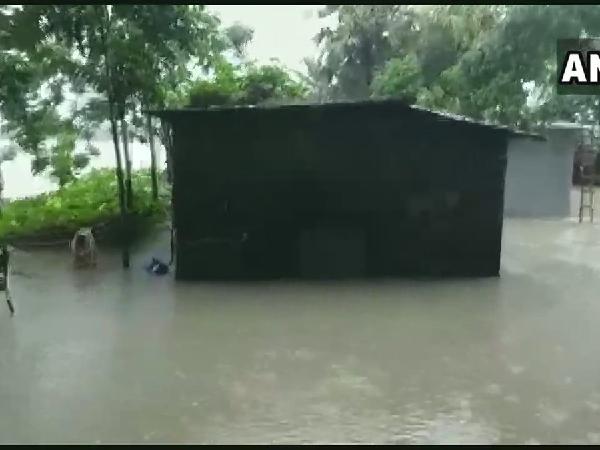 Kolkata/Patna: Incessant rains in North Bengal and Bihar continue to wreak havoc with several areas in both the states reported to be inundated. However, what’s more worrying is the fact that the Indian Meteorological Department (IMD) has issued a warning of “heavy to very heavy” rainfall in both the states in the next couple of days.

While sub-Himalayan districts of Darjeeling, Kalimpong, Jalpaiguri, Coochbehar and Alipurduar in West Bengal are bearing the brunt of these continuous rains, people living near the banks of Koshi, Gandak, Budhi Gandak, Ganga and Bagmati in Bihar have started to flee from their homes.

According to the IMD, Northern Bihar received a record rainfall during the last 24 hours with East Champaran reporting 214.92 mm rain, Sitamarhi 154.55 mm and Muzaffarpur 125.15 mm. Whereas in West Bengal,  Alipurduars recorded 150 mm rainfall, followed by Coochbehar at 110 mm, Siliguri at 105 mm, Kalimpong 60 mm and Darjeeling at 30 mm in the same period.

In West Bengal, a 40-year-old man Bimal Sil has reportedly died after slipping into an open gutter while walking through a flooded street in Jalpaiguri district. As per the state weatherman, Jalpaiguri, Malda, North Dinajpur, and South Dinajpur will receive heavy rain in the next couple of days.

Meanwhile in Bihar, given the rising level of water in rivers – all engineers in the north Bihar district have been directed to be ready with the necessary equipment and boulders to face any situation and protect the embankments – reported IANS.

In 2008, lakhs of people were rendered homeless after Kosi river breached embankments and caused one of the worst floods in Bihar in the state’s history.

As for the national capital, private weather forecasting agency has said that Delhi will receive below-normal rainfall this year. “The national capital may receive less than normal rainfall this year. The area may get light showers on July 15 and 16. Monsoon is likely to remain weak over Delhi, Punjab and Haryana,” vice president of Skymet Weather Mahesh Palwat said.