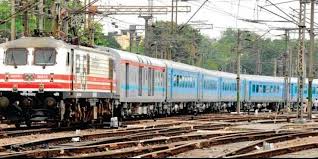 RANCHI: Ranchi Rail Division under South Eastern Railway has found that some of the loco pilots, in order to avoid running trains, underwent Lasik eye surgery so that they automatically could get declared unfit for the job and shifted to some clerical post while they continue to get the benefits being provided to them earlier.

As per the Rail manual, a loco pilot, undergoing Lasik eye surgery cannot be given running duty as there are chances of eyesight problem after some years of surgery.

The matter was revealed during the periodical medical examination of the loco pilots a few days back in Ranchi, during which 17 such cases have been identified so far, while others are also under scanner. Interestingly, all those loco pilots were appointed by Khadadgpur Rail Division and most of them are from Nawadh district of Bihar.

“We have identified 17 such cases and have been slapped major charge sheets. Meanwhile, further investigation is being done by constituting a medical board… had their intentions been clear, first they would have got their cases referred from a railway doctor first and then had consulted any private doctor said Senior Divisional Operations Manager Neeraj Kumar.

All these people underwent Lasik surgery at private eye clinics within 3-4 years of their joining and managed to get them declared unfit during the periodical medical examination, he added.

According to railway officials, if a loco pilot is disqualified for performing a running duty, he is roped in for some clerical job but he continues to get incentives given to him as a loco pilot.

Perks of getting disqualified from running duty

A loco pilot after being shiftd to a clerical job upon disqualification still gets perks which amount to around 30 percent of his salary. Others working in the same capacity, however, get 30 per cent less than those who are disqualified from the running duty.