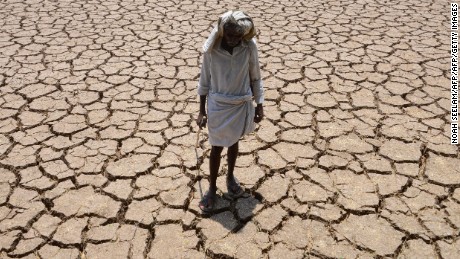 What connects me to a distant Bihari cluster where a heat wave claimed 61 lives last weekend? It’s a four generation debt of gratitude. Saifuddin has surfaced to my consciousness. He’s always been in its mothballed folds though he died nearly 26 years ago. How could he not be, considering that he came into our family just weeks   before I did, and went on to supervise the  passage to adulthood of my own two sons?  A callow village lad, he’d been recruited to serve my grandfather.

The dormant memories haemorrhaged my brain because one of those three reeling   districts had been implanted there since i was 12. Every month, Saifu would request, ‘Bachi-baba, pata likh dijiye’. And I’d neatly write the address on his postcard: Village Karanja, Post Jakhim, Dist Gaya, Bihar. But, as far as we were concerned, ours was his only home, and his devotion confirmed this. He had risen to Cook, but he was also our park-taker, school/ college lunch-bringer, earthy idiom-supplier: ‘Jiska bandar wohi nachayega’ he’d scoff at my clumsy onion-chopping. He even became my ‘dowry’.

Alarmed over domestic demands skewing my career, Dad despatched him on the Howrah Mail. My protests against such ‘apron strings’, quickly turned to daily thanksgiving for this talisman against perfidious Mumbai maids. Et al. Bawling No 1 Son would quieten as soon as Saifu took him in his arms. Through the boys’ acne and ecstasy, he filled in for Absentee Parents. He berated No 1’s girlfriends for phoning during his siesta, and No 2 for fussing over his clothes ( ‘Coallage jata, ke party mein?’ ). He was such a stabiliser that all fuses blew during his summer sojourn to  ‘muluk’,  and everyone lit up when he returned, darker,  thinner, but – so we liked to think – equally happy to be back.

We selfishly put off his retirement, but finally surendered to his real family. The sons he barely knew had gone off to jobs, and a male elder was needed to look after the left-behind wives in Village Karanja. We got a postcard of his passing a year later.  It was on No 1 Son’s 20th birthday, and now there was no Saifu to comfort his silent bawling.