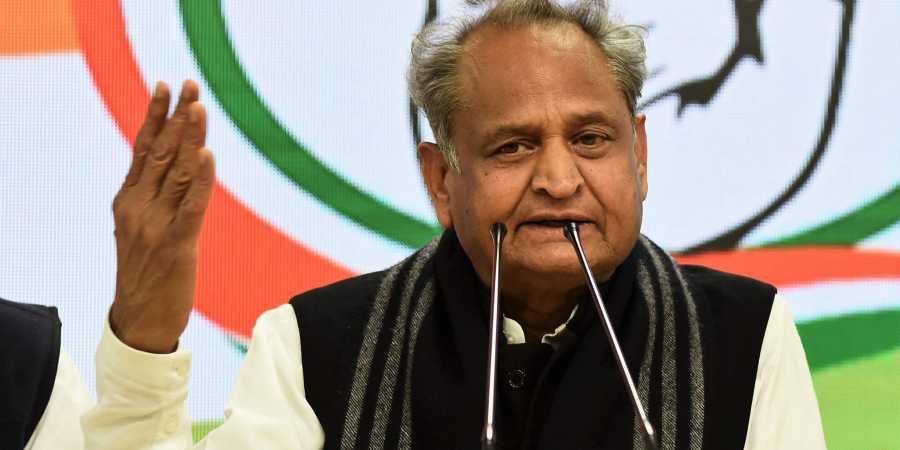 JAIPUR: Shakespeare has asked, “what’s in a name?” But politics over the name of two former PMs of the country, Atal Bihari Vajpayee and Rajiv Gandhi, have come to haunt the people of Rajasthan financially. Gehlot Government had changed the name of Atal Seva Kendra to Rajiv Gandhi Seva Kendra again which now has cost the exchequer crores.

After coming to power, Gehlot Government had announced in January that government sewa centres at 9894 Gram panchayat and 295 Panchayat samitis will undergo a name change. At the time it was said that all the other Seva centres around the country have the name Rajiv Gandhi whereas the previous BJP government had unnecessarily changed the names in the state to Atal Seva Kendra.

Earlier between 2008 to 2013, Ashok Gehlot Government had kept the name of these centres as Rajiv Gandhi Seva Kendra which at that time had costed Rs 1.5 crore.

In 2013 when BJP government came to power the name was again changed to Atal Seva Kendra which costed 1 crore 85 lakh rupees. Currently, 2 crore rupees have been spent with the name changing back to Rajiv Gandhi from Atal. Sources also say that there is no separate provision made in the budget for this.

Rajasthan CM Ashok Gehlot had earlier said that both Atal Bihari Vajpayee and Rajiv Gandhi are Bharat Ratnas and they wanted to keep the names of both of them. ” We wanted the name to be Rajiv Gandhi Atal Seva Kendra. But the Supreme Court has said that in these programs no name can be added or subtracted. As such, in the law, the name is Rajiv Gandhi Seva Kendra. This is the reason why we had to keep that name”, he added.
BJP says that in comparison to Rajiv Gandhi, Atal Behari Vajpayee was a greater leader and it is not right to change his name. ” If they wanted to change the name, they should’ve done for other projects. This shows the amateurish behaviour of the Government. ” Said Vasudev Devnani, former Education minister in BJP government”

The names shouldn’t be changed with the changing of the Governments. To change the name of a popular leader like Atalji is unfortunate. If Atalji’s name had stayed, it would have saved the government money and started a new tradition as well.” Added Devnani

While the politics of name has increased the expenditure of the government, the politics of colour have saved some extra crores. The cycles given to the school going girls by the education department will now be painted black from the saffron colour, which will save 8.50 crore Rupees. In 2007, the BJP government had changed the colour to saffron. The change of colour to saffron and putting a basket in the front increases the cost of a bicycle by 200 to 300 rupees.

Not just the colour of the cycles but the name of the RSS idealogue Deendayal Upadhyaya has been removed from the scholarships given by the education board. In fact, his name has been removed from all previous paperwork in the Government which are now redundant and lakhs of rupees have been wasted due to this.

“BJP had made education an RSS propaganda laboratory. The coloured cycles saffron and made it expensive. Now they are coming out with baseless statements against us”, said Govind Singh Dotasara, State Minister of Education, Rajasthan.