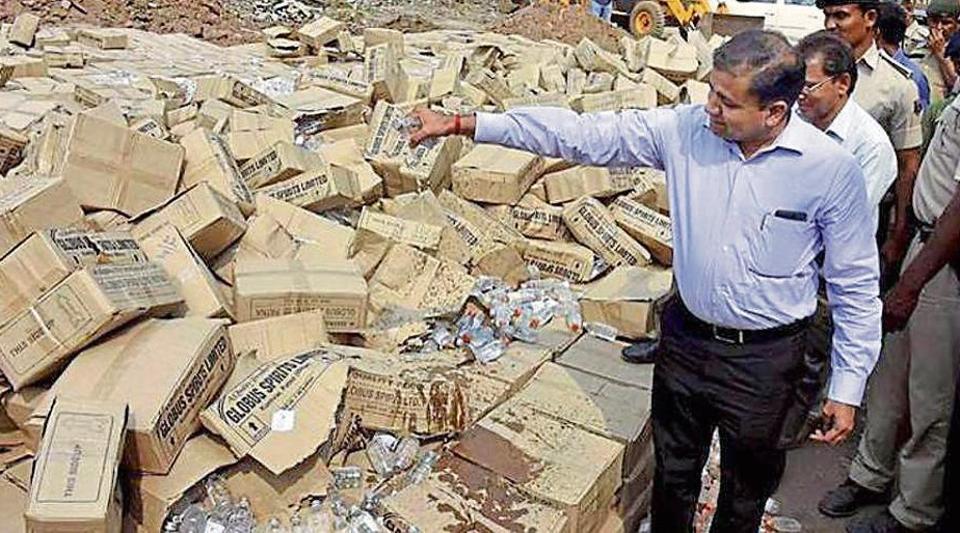 Is Patna the hot spot for liquor traders in dry Bihar? If the number of raids for illicit liquor is any indicator, it seems to be the prime spot on the radar of the police and the excise department, though in terms of recoveries it ranked way below many bordering districts.

Between April 1, 2018 and May 31, 2019, Patna alone witnessed 13,550 liquor-related raids, the highest in the state, involving registration of 3,872 cases and arrest of 1,566 persons, as per the official statistics of the excise department.

After Patna, the second highest number of liquor-related raids during the 14 months between April 2018 and May 2019 took place in Purnea. 7,311 raids were recorded, 394 cases were registered and 4,694 litres of IMFL was recovered.

In contrast, there have been districts like Gopalganj and Muzaffarpur, which have a nearly four-time higher recovery rate of foreign liquor, despite just one-fourth of raids. Similar is the case with other ‘high-yielding’ districts like Vaishali, Gaya, East Champaran, Rohtas, where recoveries of IMFL as well as country liquor were very high, despite fewer raids.

There is also huge inter-district variation in recoveries. If Jehanabad and Arwal show meagre recoveries of barely around 635 litres of IMFL in the last 14 months, including virtually zero during the last two election months, the neighbouring Gaya alone accounted for around 17,641 litres during the period. This was despite 4,308 raids in Arwal and Jehanabad, compared to just 1,831 in Gaya.

In some districts like Bhabua, Katihar, Vaishali, Saran, Samastipur, Saharsa, Purnea, Madhepura, Khagaria, Buxar, Bhojpur, Arwal the figures suggest growing proclivity for IMFL, with its high recoveries, despite virtually no recovery of country liquor and other local intoxicating drinks.

In the first Lok Sabha elections in dry Bihar, seizure of all kinds of liquor fell significantly to just 1 lakh litres compared around 5.78 lakh litres during 2014. However, IMFL still accounted for the highest share of recoveries, nearly 37% of the total during the April-May period.

Four districts – Begusarai, Gopalganj, Bhojpur and Patna – accounted for over 50% of the IMFL recoveries during the two election months. Another significant aspect is the growing recoveries of IMFL, compared to country liquor. In many districts, country liquor recovery has dipped significantly, while the more lucrative and high-risk IMFL trade continues to find favour.

Excise commissioner B Kartikey Dhanji said that the reason why districts like Gopalganj, Muzaffarpur, East Champaran etc. had high recoveries was mainly attributed to big caches. “At the entry points, there are round-the-clock check posts. There are also main routes, where truckloads of liquor are intercepted,” he added.

SP (prohibition) Rakesh Kumar Sinha said that in Patna there were smaller recoveries in large numbers, generally meant for deliveries to clients. “So, the number of cases go up,” he added.