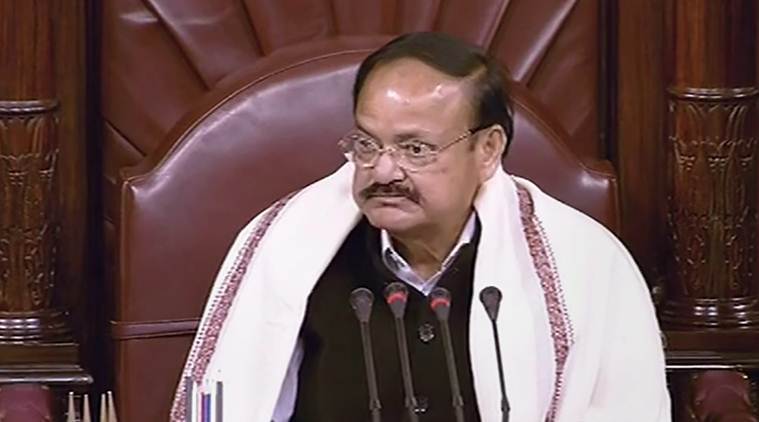 Patna High School, one of the oldest educational institutions in the country established in 1919, on Tuesday turned 100 and Vice President M Venkaiah Naidu is slated to attend its centenary celebrations on August 4, officials said.

On the same day, the vice president will also be the chief guest at the centenary celebrations of the Patna University Library, which is currently in its 100th year.

“Patna High School was established seven years after the creation of the new province of Bihar and Orissa (in 1912) and initially, it mostly served the children of ‘babus’ (bureaucrats) and clerks who worked at the Patna Secretariat and other government offices. It was set up as Patna High English School,” the institute’s principal, Ravi Ranjan, said.

Located in a sprawling campus in Gardanibagh area of central Patna, the school’s oldest building is an E-shaped main block, constructed in 1919, which is getting a facelift ahead of the celebrations in August.

“We feel proud that this historic institution, which has produced illustrious alumni, has turned 100 and VP Naidu has consented to attend the centenary celebrations here on August 4. It is a matter of great honour for the school,” Ranjan told PTI.

The word ‘English’ was dropped from the name of the school, soon after Independence, and in 2008, it was rechristened to Shaheed Rajendra Prasad Singh Rajkiya Uchh Madhyamik Vidyalay, but it is still popularly known as Patna High School, he said, adding that it was established on July 2, 1919.

“Rajendra Prasad Singh was a matric student of this school and was one of the seven youths who was killed in the infamous Patna Secretariat firing case during the Quit India Movement in August 1942. Hence, the school was renamed by the Bihar government in his honour,” Ranjan said.

Patna’s famous Shahid Smarak in front of the state assembly building complex commemorates the sacrifices made by the seven persons for the nation’s freedom. A bust of Singh was also installed in the campus a few decades ago.

“On the day of the centenary celebration which will be held at Adhiveshan Bhawan, Vice President Naidu will felicitate the widow of Rajendra Prasad Singh, who is in her 90s, and the most aged alumnus (old boy student) and alumna (old girl student) of the school. A centenary souvenir will also be launched by the vice president during the function,” the principal said.

Ranjan said arrangements are also being made to set up a replica of the bust of Singh at the function venue.

Naidu will pay homage to Singh, as per the plan, he said, adding that the event will end with a cultural programme.

“The function is slated to take place late afternoon. So, an alumni meet will be held in the school’s campus in the first half of the day, where old boys can gather and celebrate the occasion, among themselves, to relive old times,” he said.

According to Ranjan, who completed class 9 and class 10 (1978-79) from the school and later in 1989 returned to the campus as a Physics teacher, Patna High School began as a co-educational institution, and in the 1960s, it became a boys school as a separate school was started for girls at a nearby campus.

“For the centenary, a special logo has been created and it will be unveiled by the vice president. Union Home Secretary Rajiv Gauba, an alumnus of Patna High School, will also be attending the function,” he said.

“About eight-nine serving DMs of various districts who passed out of this school will also be present on the occasion,” he added.

According to an old succession board hung on a wall in the principal’ office, located in the century-old building of the school, Ambika Charan Mishra was its first principal.

A portrait of Rajendra Prasad Singh, flanked by those of B R Ambedkar and Jawaharlal Nehru, hangs on a wall behind the principal’s desk.

A cabinet full of trophies won by its students highlight the achievements of its current and former students while a double-lock colonial-era safety vault installed in a corner of the high-ceiling room evokes an era gone by.

Ranjan points to the prancing horse logo of the ‘Das & Co of Chitpur, Calcutta’ on the vault and the ‘Patna High School’ metallic plate placed at its bottom.

“This E-shaped building is a heritage of Bihar and this old vault, which is still functional tells the story of this building. On August 4, this building will be illuminated to mark the centenary,” he said.
Patna University Library, which was also set up in 1919, two years after the university was established, is celebrating its centenary this year.

“The library was set up on September 24, 1919. A number of programmes are being organised to mark the centenary. And, on August 4, Vice President Naidu will be the chief guest for our main centennial celebration that will be held at the historic Wheeler Senate House in the university campus,” PU Vice Chancellor RBP Singh told PTI.

“Prime Minister Narendra Modi was the chief guest at the main centenary function of the university in October 2017. And, now the vice president has consented to grace the centenary celebration of its equally historic library. We are deeply honoured,” he said.