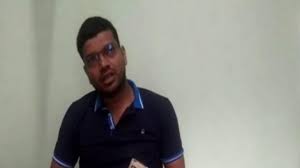 A family court in Patna in Bihar has provided much-needed relief to an engineer employed in Bokaro Steel Plant (BSP) by annulling his forced marriage, which he had reluctantly entered into back in 2017.

“The marriage between the petitioner, Vinod Kumar, and the opposite party, Kundan Kumari, allegedly solemnised on December 3, 2017, is hereby declared voidable and accordingly marriage is hereby annulled by a decree of nullity,” the court order reads.

Narrating how he was forced to enter into marriage, Vinod said, “The incident happened in December 2017 when I had gone to Patna to attend my friend’s marriage. There, an acquaintance — Surendra Yadav — fooled me into coming to his house where he held me captive and forced me to marry his sister at gunpoint.”

Talking about the course of action he took later, Vinod said, ” I was beaten and threatened for marrying the girl. I did not accept the marriage and lodged a complaint with the Pandarak police station under whose jurisdiction the village came. The police, rather than filing my FIR, kept me at the police station for 16 hours. They did not cooperate with me. After that, I lodged a case at the Vyavhar Nyalaya and also lodged a criminal case.”