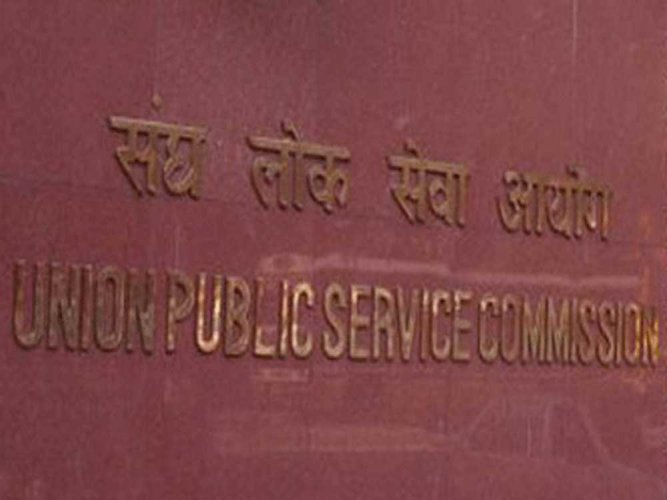 Sardar Vallabhbhai Patel, the Iron Man of India — for whom the country recently erected a massive statue — described the Indian civil service as the steel frame of the country. Tragically, as the Iron Man’s statue watches benignly, his steel frame is…

An attack on the civil service has begun. The attack will simultaneously make two of India’s institutions effectively ineffective, not only destroying the civil service but also damaging the Union Public Service Commission (UPSC).

If there is one examination in the country that has for decades been fool-proof, ensuring that only the meritorious and the most deserving get through, it is the civil services examinations. And the credit for that goes to the UPSC, which conducts th…

If there is one examination in the country that has for decades been fool-proof, ensuring that only the meritorious and the most deserving get through, it is the civil services examinations. And the credit for that goes to the UPSC, which conducts the yearly examination. Nearly a million aspirants apply for the examination every year, of which about 7-8 lakh go on to write it. Of these, finally about 1,200 are selected for the various services, with the top 70 or so selected to the IAS and the next 60 for the IPS and so on.

The UPSC, established in 1926, has been holding these examinations without leaks or other malpractices. Which is why only the most deserving and meritorious get through the exam. Only the best among those writing the exam in any year can get through the back door.

You could be the son of the cabinet secretary, or the daughter of the most powerful cabinet minister, but you can make it only if you write your examination better than the others. Else, how could I, coming from a very ordinary family and from the farthest corner of India, and both a linguistic and a religious minority, have made it to the IAS? Else, how could ordinary, uninfluential youngsters from Odisha and Bihar and UP get into the civil services every year?

Even in the United Nations, where I worked for 20 years, the entry is based on a compromised system of quotas and influence and a ‘you take my boy in your department, and I’ll take your boy in mine’ system. Indeed, there are few parallels to the merit identification system of civil service selection that the UPSC implements.

But that is all set to change. The government is planning a massive back-door entry at the top levels of the civil service. It began tentatively last year when about a dozen joint secretaries (JS) were inducted into the Government of India through the back door. It was lovingly labelled lateral entry.

Alarmingly, however, the government is now proposing to expand the lateral entry to cover 50% of all the JS posts. What would make this most sinister is, if as is being reported, the lateral entry selection is not to be handled by the UPSC but by the Niti Aayog.

It sure would not be easy to compromise the UPSC, whose members hold tenured postings and whose systems cannot be easily bent to accommodate the party in power. So, it seems, the selection of the lateral entrants would be handed over to the Niti Aayog, a pliable organisation whose vice chairman and members owe their positions to the government in power and some of whose allegiance to the ruling party is well-known.

The Niti Aayog is a planning body, not a body with expertise in the selection of officials. It does not have functional expertise or experience in human resource selection at any level, let alone of higher civil servants. That is a nearly 100-year expertise that the UPSC has gathered.

After selection, the young UPSC selectees undergo an intensive and varied two-year training before they are posted. Thereafter, during the first 15-20 years of their postings, they work in sub-divisions, districts, divisions and in state governments,all of which is on-the-job training that prepares them for policy-making in Delhi.

The middle-aged lateral entrants will not be coming in with any such long training and understanding of the varied Indian polity and systems.

One of the advantages that the All India Services bring into the central ministries is the field experience that they get working in rural, semi-urban and urban India. That is a diverse experience of India, of its people and their aspirations and the differing systems in place across the country that is brought to bear on governance in Delhi.

On the other hand, the lateral entrants would largely be managers with narrow specialities and likely to have little clue of the larger India, its people and systems.

Doubtless, the sectarian interests of those in power will largely determine the lateral entry selection. There is then little chance of a brilliant youth from rural Bihar to make it through the back door as a JS. Merit, as established on record through a fool-proof examination, will soon get an indecent burial.

Sardar Patel, whom the BJP now worships as one of its own, must be turning in his grave today, seeing his steel frame being destroyed by the very people who swear by his name. The Sardar’s heart in that massive statue in Gujarat must be melting.

For he, who knitted India’s many little kingdoms and principalities together into the nation we know today, knew that if the country’s steel frame was destroyed, it could not hold together for long.