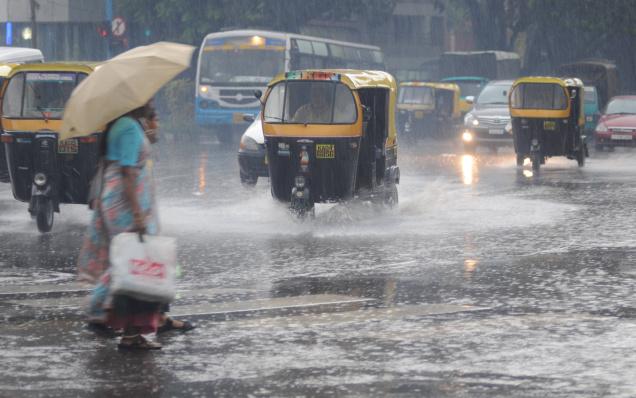 Jharkhand may expect the arrival of monsoon by June 18 as the southwest monsoon is likely to hit Kerala by June 8, weather officials said on Wednesday. Normal monsoon date for Jharkhand is June 10 and it should cover the state by June 15. However, it has never hit Jharkhand on the expected date since 2009.

The onset of monsoon in the state has been recorded between June 15 to June 25 in past one decade. In 2018, the southwest monsoon had hit Jharkhand on June 25, a delay of 15 days from its expected date, while it had hit Kerala on May 29, three days ahead of its normal date.

“Conditions are favourable for onset of monsoon in Kerala on Friday. If climatic conditions remain favourable with its current pattern, we may expect monsoon rain by June 17-18. However, it could be predicted only after it hits Kerala,” said SD Kotal, director of Ranchi Meteorological Centre. Even though the monsoon has been delayed by a week in India, a cyclonic circulation, which was over Jharkhand till Tuesday, brought relief from scorching heat across the state for last couple of days. Weather department said that excluding Palamu, maximum temperature was likely to get below 40 degree Celsius in most districts of the state.

The long-range forecast for monsoon, however, has worried farmers, as it has predicted 91% rainfall with possible deviation of 4% from June 1 to September 30 in northeast and eastern India.

“It’s a long-range forecast for the four-month monsoon, which may change after the onset,” Kotal said.

Farmers already faced drought in last kharif season due to deficient rainfall in last monsoon. In 2018, Jharkhand recorded 28% rainfall deficit during four-month monsoon period from June 1 to September 30, poorer than Bihar and West Bengal, which registered 25% and 20% deficit respectively.

The deficient rainfall impacted kharif crop in Jharkhand. The state government in November last year declared 129 blocks out of 264 blocks as drought affected. As many as 93 blocks were declared severely affected by drought due to poor sowing during rainy season last year.

Around 27% arable paddy land of the total target remained fallow. Of the 24 districts, sowing coverage could not reach 60% in seven districts even after the end of sowing season on August 15.

The centre released Rs 272 crore as drought relief to Jharkhand but the farmers are yet to get crop loss compensation. The poor monsoon had also impacted Rabi crops last year. Sowing coverage of Rabi crops was recorded in merely 7.58 hectares of land against the target of 11.69 lakh hectares this year.