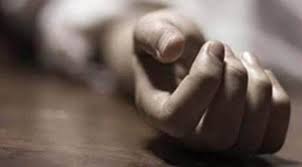 A 45-year-old man, a bystander during a clash between Patna University hostel students and local residents, was killed after a stone thrown by one of the parties hit him on the head.

The police have arrested 20 students in this regard.

The clash took place after eight students were earlier arrested for passing objectionable remarks against a local girl.
According to the police, around 12.30 am on the intervening night of Monday and Tuesday, over a hundred students living in Cervantes and Minto hostels of Patna University and local Lalbagh residents began pelting stones at each other. Mohammed Shoukat, who had been standing at a tea stall, was hit by a stone on his head, and died on the spot.

His death sparked fresh protests from locals, forcing police to raid the hostels. Twetny students were arrested around 2 am. To avoid further clashes, police have been deployed at Lalbagh and near the hostels.
Patna Senior Superintendent of Police Garima Malik said: “We are taking stern action. The police deployment will continue and more arrests can be made”.

The chain of events started on Saturday, when inmates of the two PU hostels took out a protest march against the “poor quality” of food served in hostel canteens. During the protest, some students allegedly passed objectionable remarks against a local Labagh girl. After some locals protested this, one resident was beaten up. Police later arrested eight hostel students for passing the remarks and for assaulting the local resident.

The Monday night protest was triggered after students learnt that three Lalbagh residents had recorded their statements with the police against the arrested students.

Meanwhile, Patna University administration has taken stock of the situation and might take action against the students after an internal inquiry.