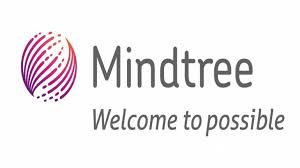 MUMBAI: Nalanda Capital is exiting MindtreeNSE -1.54 %, having tendered its entire 10.6 per cent stake in the open offer by Larsen & Toubro on Monday, said sources aware of the development. Nalanda founder Pulok Prasad had opposed the takeover and held out against it for months. The fund will make a four-fold return on its investment if it sells all its shares.

The turnabout was attributed to the regulator having written to the Singapore-based public market fund, asking if it was acting in concert with the founders of Mindtree without triggering an open offer, sources said.

This came after a handful of institutional investors in L&T and Mindtree wrote to the Securities and Exchange Board of India (Sebi), complaining against Prasad for allegedly provoking minority investors of Mindtree, ET reported on June 11. The investors asked the markets regulator to investigate if Prasad was acting in concert with Mindtree’s promoters and other investors opposed to L&T’s takeover.

If so, according to the letter, their combined shareholding as persons acting in concert (PAC) exceeded the regulatory threshold of 25 per cent, beyond which they needed to make an open offer to counter that of L&T.

The committee found L&T’s offer of Rs 980 a share a “fair and reasonable one.”

Legal sources said that even after tendering its shares, Nalanda, registered as a foreign portfolio investor (FPI) with Sebi, will have to respond to the show cause notice or face penal action by the regulator.

Nalanda, the single largest institutional investor in the midcap company, had from the start been vocal about its opposition to L&T’s $1.6-billion “hostile takeover attempts,” with Prasad rallying support from other minority shareholders such as Baburaj Pillai’s Singapore-based Arohi Asset Management Pte, which holds 2.44 per cent.

Prasad was of the opinion that L&T had undervalued Mindtree and that investors should hold out for a better deal. Nalanda’s average acquisition cost in Mindtree was Rs 260 per share and it has been holding its stake for 10 years, adding up to a 276 per cent return at Rs 1,254 crore if it manages to cash out entirely. The Sensex, in comparison, gained 168 per cent in the same 10-year period.

Prasad did not respond to queries and neither did Sebi.

Sources said Sebi has not yet received any response from Nalanda.

L&T currently has a 48 per cent stake, said people with knowledge of the matter. It mounted the takeover bid in March after entering into a deal to buy Cafe Coffee Day owner VG Siddhartha’s 20.32 per cent and placed an order with brokers to pick up another 15 per cent. It has been buying from Nemish Shah’s Enam Holdings, White Oak, Avendus Capital, HDFC Life Insurance and other public shareholders, such as mutual funds and foreign institutional investors (FIIs).

Subsequently, L&T launched an open offer for 51.3 million shares, or 31 per cent of Mindtree. It aims to take its holding to 66 per cent. Another institutional investor, Amansa Capital, sold its 2.6 per cent stake last Friday, while UTI Asset Management is likely to tender its 3 per cent holding later this week.

In the past few weeks, backchannel negotiations have seen the founders tone down their hostility. In a message to shareholders in the FY19 annual report, executive chairman Krishnakumar Natarajan and CEO and managing director Rostow Ravanan wrote that shareholders’ interests were paramount.

The others are independent directors — Prasanna Rangacharya Mysore and Deepa Wadhwa. Subroto Bagchi, one of the founders and a critic of the takeover, won’t seek reappointment.