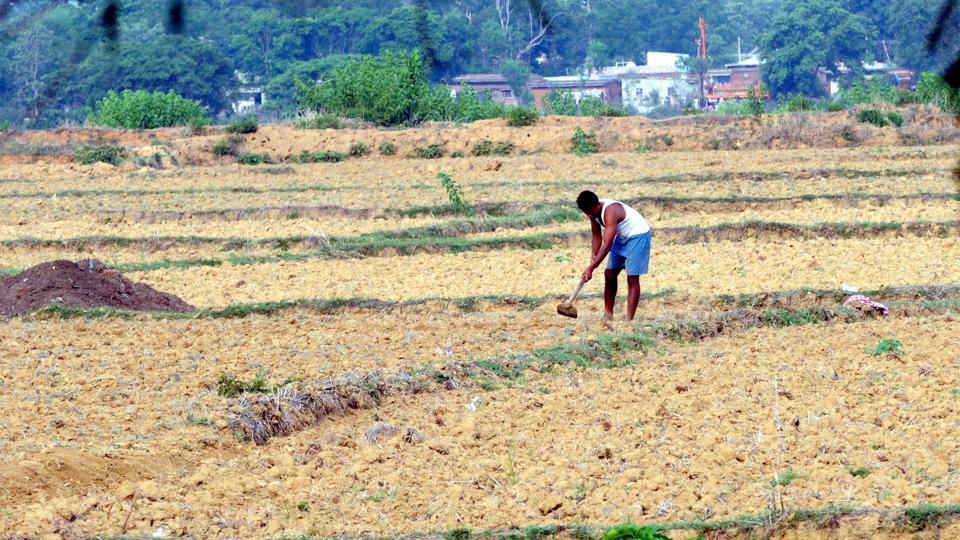 Erratic monsoon has again worried Jharkhand farmers, who are yet to come out of last year’s drought pain. The rain deficit in the state has reached 60% in June, a crucial month for raising nursery for paddy crops and direct seed sowing of other crops such as maize and pulses.

The farmers could not start activities of nursery raising and direct seed sowing due to deficient rainfall in June, agricultural scientists of Birsa Agricultural University (BAU), Ranchi, said.

The monsoon hit the state on June 21 has slowed down in last four days causing more rainfall deficit.

According to Indian Meteorological Department (IMD) centre in Ranchi, the state received merely 63.4mm rainfall against the normal rainfall of 156.7mm from June 1 to June 26.

The deficient rainfall condition is likely to prevail for next 48 hours.

“The monsoon has weakened over Jharkhand in absence of any strong system. This is a normal characteristic of the season. However, we are expecting a spell of good rainfall from June 29,” said SD Kotal, director IMD centre, Ranchi.

He said a low pressure was expected to develop over the Bay of Bengal by June 30, impact of which would be visible from June 29.

“We are hoping the upcoming spell would fill the gap of rainfall deficit to a great extent,” he said.

Seedling process in Jharkhand has already delayed by 16 days. Senior agro-meteorologist of Birsa Agricultural University (BAU), Ranchi, A Wadud said this was the peak time for nursery raising for paddy crops and direct seed sowing of other crops including maize and pulses.

The two major activities generally conclude in the state by the end of the June last.

“However, farmers are yet to take up the activities due to the lack of sufficient rains. If rainfall remains elusive for next one week, it will have an impact in overall kharif production, as sapling transplantation to paddy field would not take place by first week of July,” Wadud said.

Even as the parts of Jharkhand, including Ranchi, received brief rainfall on Wednesday, farmers said it was not enough to start for nursery raising or direct sowing of the seeds.

Hari Munda, a Ranchi’s Mandar based farmer, said, “I could not start seedling due to the lack of rainfall. A seed takes at least 20 days to grow as sapling. If we could not start the process by June 30, it would certainly have an impact on the overall production.”

Jitendra Kumar, Ormanjhi based farmer, said, “Next 10 days of the June are crucial for nursery raising, as farmers begin transplanting of saplings to farm field from July 1.”

He said “A heavy rainfall will be enough for nursery raising. Sadly, there is no significant rainfall till date.”

Notably, the state has been the victim of erratic monsoon rainfall for last few years. In 2018, the state faced 28% rainfall deficit, causing drought in half of the Jharkhand’s blocks. The state government in November last year had declared 129 blocks as drought. At least 91 blocks were declared severely affected.