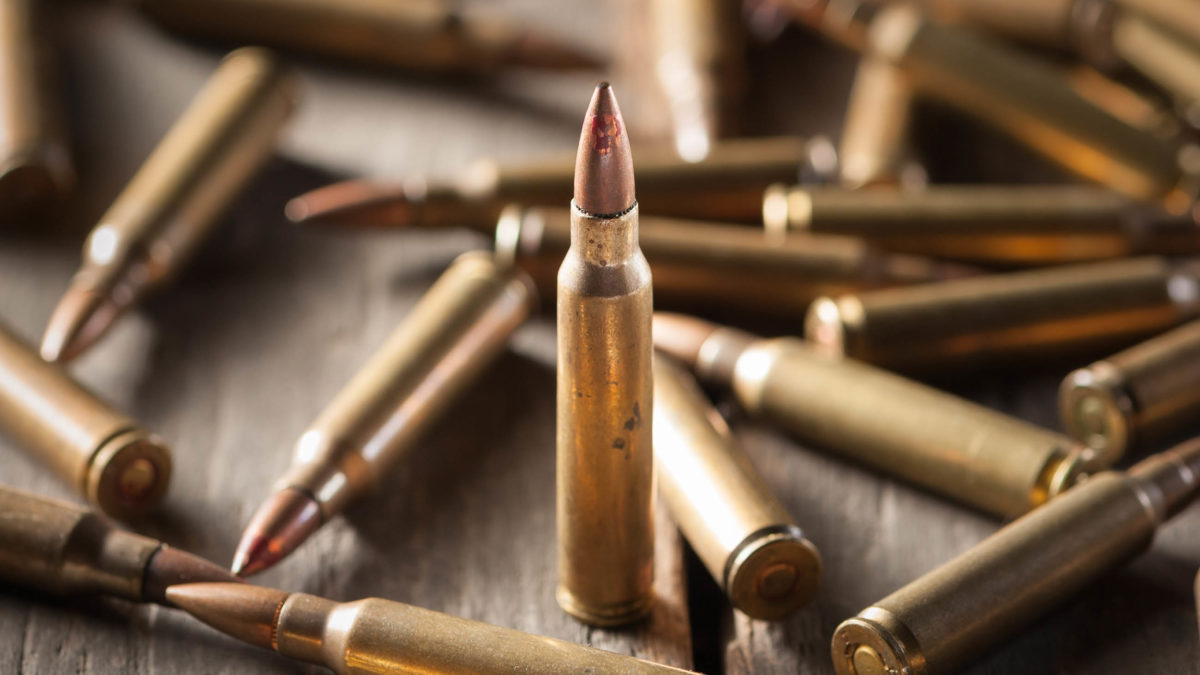 In a shocking revelation, made by a senior police official following the story published by India Today on June 24, 2019 regarding crores of missing pistol and rifle bullets from UP, it is being said that the missing bullets are being sold in the ammunition black markets of Bihar and Jharkhand apart from Uttar Pradesh.

The revelation also mentioned that a sudden spurt in firearm-based crimes is due to these missing bullets.

The UP DGP OP Singh instructed all the district police officials in UP to conduct a full physical verification of each and every bullet issued to the licensed firearm bearers.

The state police’s crime wing will be investigating the case of missing bullets now.

Following the report from the crime wing, the police officials in all the districts will be given further instructions.

Most cases of firearm-based crimes are being committed in Uttar Pradesh by criminals, according to the information available with India Today.

According to the statistics from the police headquarters, there are around 1,00 murders committed in Uttar Pradesh every year using firearms and most of these firearms are illegally produced and obtained.

Since it is easy to manufacture a firearm but it is near impossible to produce a decent bullet without an elaborate factory setup, the bullets for these illegal weapons are sourced from the licensed firearm bearers and ammunition dealers, who fudge their records to show that the bullets have gone missing or have been utilised.

Similar is the case of Jharkhand and Bihar, where 800-1,000 murders are committed every year using illegal weapons.

In the past Lok Sabha polls, the UP police had raided 240 illegal weapon factories.

It is clear that all these weapons require bullets to be of any use.

In Uttar Pradesh, there are several lakh licensed weapon holders who have never faced an audit of the bullets they have in possession or have used so far.

A retired police official told India Today that the logistics wing of the police should be instructed to ensure that every firearm cartridge is numbered.

If this provision is brought into effect, the cases of murders from firearms will see a steep drop in numbers as each cartridge will then be traceable to the person who got it issued from the firearm dealer.

Social activist and Hindustani Biradari Vice-Chairman Vishal Sharma said that licensed weapons have become more of a status symbol these days and most weapon bearers do not even have the training to use the weapon when needed.

Vishal Sharma said, “Uttar Pradesh is at the top in the country when it comes to the number of licensed firearms, with Jammu and Kashmir coming second.”

While licensed weapons are a necessity in Jammu and Kashmir due to terrorism, UP does not have that big a threat to the lives of common citizens to warrant such a huge number of firearm licenses.

Vishal Sharma expressed surprise that when one licensed weapon holder can only have a maximum of 200 cartridges in a year and only keep 100 at a time, with a requirement to produce at least 80 per cent of the spent shells to the dealer, then how such a huge number of cartridges disappeared from the city’s firearm holders.

Agra SSP Joginder Kumar told India Today that licensed weapon holders could now be subjected to random surveillance by the Local Intelligence Units of the police to ensure that they are not selling the cartridges in the black market.

Joginder Kumar said that Lucknow tops the state’s districts in the number of licensed weapons at 53,033 weapons, Agra comes a close second at 47,102 weapons, Bareilly has 45,896 weapon bearers, Prayagraj has 45,841, while Kanpur (City) has 39,095 licensed weapon holders.