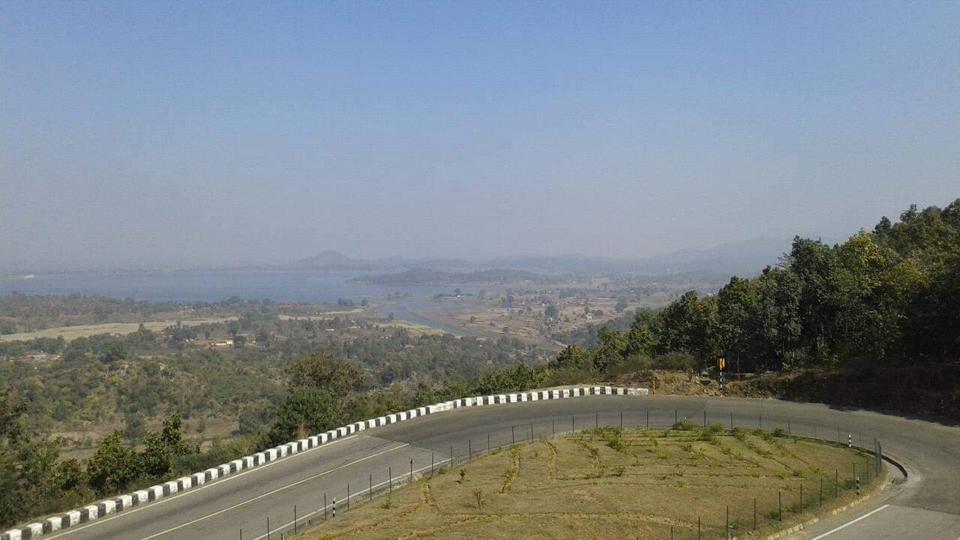 Ever since captain cool Mahendra Singh Dhoni (ex-captain now) exploded onto the scene of Indian cricket, many of those visiting this capital of the comparatively younger state of Jharkhand, also try to catch a glimpse of the dynamic cricketer’s house. Ranchi now has become almost synonymous to Dhoni and his growing up years, especially after the release of his Bollywood biopic in the year 2016.

However, Ranchi was already famous before MS Dhoni in the eyes of tourists for various reasons. Before the Indian Independence, it was considered a hill station and even after it, because of its salubrious climate, people flocked to it in search of better health. Ranchi is a part of the Chota Nagpur hilly tracts and this region was ruled by the Nagvanshi Dynasty who supposedly started their rule from the early years of the Christian era till the time they became tributaries to the British East India Company who reduced them to the status of Zamindars.

The last Nagvanshi, Maharaj Lal Chintamani Sharan Nath Shahdeo, died in the year 2014 (he was an MLA too). Another curious trivia about this place is that its name has supposedly come from the tribal Oraon word for bamboo stave, which a farmer used against an evil spirit who shouted ‘archi’ in pain which later corrupted into Ranchi. This is a legend though. In the 21st century, Ranchi is an ever growing bustling city and a very interesting one with all its commercial potential and numerous tourist attractions. Here are some of its main tourist attractions:

McCluskieganj: Anybody who has seen the hauntingly brilliant movie ‘A Death in the Gunj’ (2017) which was directed by Konkona Sen Sharma (her debut as a director), wouldn’t ever forget the images of this place shown in the movie. The small hilly town is situated around an hour and a half’s drive from Ranchi and named after Ernest Timothy McCluskie who founded it for the Anglo-Indians. This place with its old mansions and peaceful surroundings is something where time has stood still forever. It has a charm of its own and highly recommended for any traveller who is visiting Ranchi. A couple of days in McCluskieganj might rejuvenate the spirit with its unspoilt air and old settings.

Patratu Ghati or Valley: Patratu Ghati is a beautiful valley which can be reached through its winding streets covered in lush green vegetation. This green valley is also the location of a famous dam and as per local people there, it is also the place where numerous Hindi and regional movies have been shot. Well, that’s not a surprise as the valley is really beautiful and can be reached in an hour’s time from Ranchi city centre.

Tagore Hill: Tagore Hill is a view point now in Morabadi with breath-taking vistas of sunrises and sunsets. As the name suggests, this place is of course related to the Nobel laureate Kabiguru Rabindranath Tagore. His house atop the hill, which was originally built by one of his brothers, can be visited now. It is said that Rabindranath Tagore used to enjoy the views all around from this hill, which also inspired him to pen down many of his famous works. This is a very interesting place in Ranchi to make a visit.

Hundru, Dassam and Jonha Waterfalls: Ranchi is sometimes called the City of Waterfalls, and of course not without a reason as this place has access to numerous waterfalls. Three of the most famous ones are the Hundru, Dassam and Jonha. These waterfalls are best visited right after the Monsoon season. Hundru is created on the course of the river Subarnarekha and people say that it is one of the most spectacular waterfalls. Dassam Falls has been created by a tributary of the Subarnarekha called Kanchi. Jonha Falls is also called by the name of Gautamdhara as there is a Buddhist shrine nearby. These there waterfalls are a visit must for tourists.

There are other numerous attractions of Ranchi – like the beautiful JSCA International Cricket Stadium – the home ground of MS Dhoni, a 150 plus km drive to the nearby hill station of Netarhat, Ranchi Rock Garden etc. It is definitely one of the most attractive cities of Eastern India.