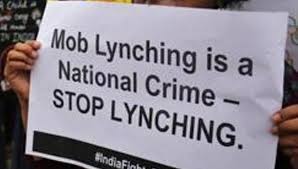 A 35-year-old unidentified man, suspected of a theft at Akhtiarpur Patedha village falling under Sarai police station of Vaishali district, was beaten to death by a mob in the wee hours of Tuesday.

Sources said the police arrived on the spot around 3 am after a tip-off that six dacoits had barged into the house of one Sant Lal Paswan and injured him along with his wife.

The police found the victim with multiple bruises lying lifeless on the outskirts of the village.

He was taken to the Sadar hospital where doctors declared him dead. The body has been sent for autopsy.

“Two separate cases have been lodged with the Sarai police station. One of the FIRs has been lodged in connection with the murder of suspect on the basis of the statement of the SHO against unidentified persons while second is on the basis of Paswan’s statement against dacoits,” said Vaishali SP Manavjit Singh Dhillon.

In Vaishali, there have been several incidents of theft, burglary and dacoity.

According to villagers, the Paswan family raised an alarm after which people gathered, chased the dacoits and caught one of the man. The villagers beat the man using bamboos and sticks. The police are trying to identify the man and the locals involved in the incident.

SHO of the Sarai police station Dharmjit Mahto said police recovered cutters and a mobile from his possession.