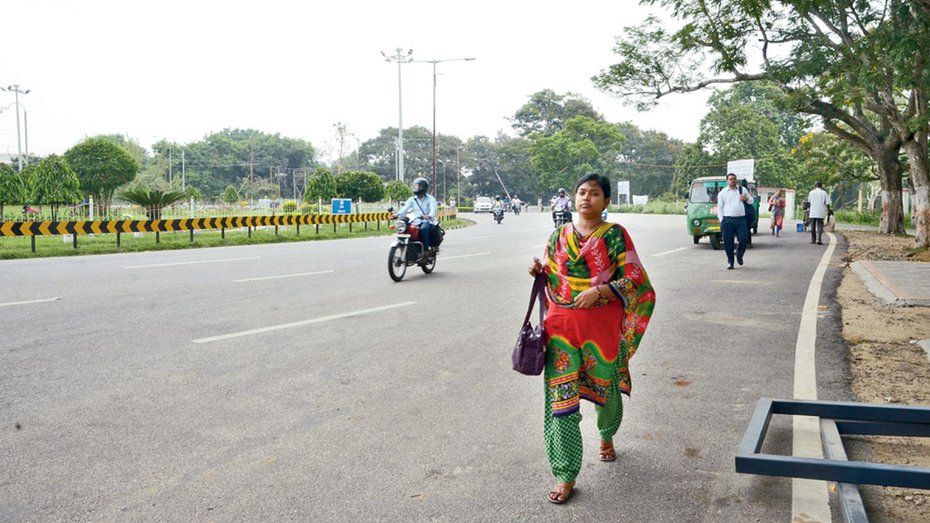 Dilip Munda and his elderly mother, from Murhu in Khunti district, had come to the state capital on Friday for some work related to her pension. Their ordeal began at Dhurwa roundabout, as they could not find a single auto-rickshaw to drop them at the Project Building situated around 2km from the roundabout.

“I can walk but my mother cannot due to arthritis. It is very difficult to travel to Project Building if you don’t have a bike or four-wheeler of your own,” Munda said.

The Project Building in Dhurwa, the main secretariat of the state government, houses offices of as many as 22 departments besides the those of the chief minister and chief secretary. The state police headquarters is also located on the same stretch, around 500 metres from Project Building.

The Project Building receives a footfall of around 10,000 people per day. But such an important edifice of the administration is almost inaccessible by public transport.

“No bus operates from Gol Chakkar to Project Building hence auto-rickshaw is the only mode of communication for people who don’t have a bike or four-wheeler. We operate from around 8.45am till 6pm when the Project Building closes,” said Motilal.

A grade IV government employee who works at the Project Building however said the ordeal is a daily one for people like him as well.

“Majority of the staff and officials of the Project Building have their own bike or four-wheeler. Senior officials enjoy government facilities. But what about us? I don’t have a bike. Grade IV employees have to stay in the office till their bosses are present. Often our seniors stay in the office till late evening holding meetings. I hardly get any auto after 6pm,” he said, requesting anonymity for obvious reasons.

Transporter Kishore Mantri, who operates majority of the RMC buses, said no bus operates from Gol Chakkar to Project Building.

“The RMC has not given me anything in writing about Gol Chakkar-Project Building route. One should not keep much hope on the RMC bus service which is on the verge of closure,” said Mantri.

The RMC has 91 buses out of which 60 are grounded as operators don’t participate in the tender process because they are not interested. Mantri runs 25 buses — his employees drive and maintain the buses and pay a fixed amount to the RMC — and for the six other buses the civic body hires drivers on daily payment.

Another official of the RMC said Project Building was removed from the route list assuming that employees working there have their private mode of transport and people arrange their own conveyance.