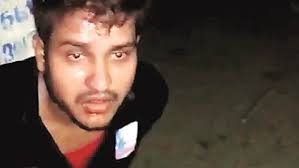 The Jharkhand Police on Wednesday strongly defended its decision to scale down charges — from murder to culpable homicide not amounting to murder — against the 11 accused in the lynching case of Tabrez Ansari, saying it was based on investigation and medical report.

Ansari, 24, was seen on national television being beaten up with rods while tied to a pole and forced to chant ‘Jai Shri Ram’ over an alleged theft.

The Seraikela-Kharsawan district police had charge- sheeted 11 of the 13 named accused in the case on July 29, dropping the stringent charge of murder under section 302 of the Indian Penal Code. All 11 of them will now face the law for lesser offence under section 304 of IPC (culpable homicide not amounting to murder).

“We have taken the decision to convert section 302 under the IPC to 304 of the code after consulting the authorities. The decision was taken based on proper probe and post-mortem and forensic reports, which said that Ansari died of cardiac arrest,” Superintendent of Police Karthik S said.

Questioning the hue and cry over the police decision to drop murder charges, the SP said, “Why are people undermining section 304 of the IPC? The undermining of the section tantamount to undermining of the Indian Penal Code.” AIMIM MP Asaduddin Owaisi on Tuesday reacted sharply to the dilution of the charge and said there was a “chance that the prosecution will do its best to do a shoddy job”.

Twitterati has also raised questions over the move to water down charges against the 11 accused.

Asked whether the police received the Central Forensic Laboratory report from Chandigarh, the senior police officer replied in the affirmative but refused to give any details.

He also asserted that the video of the mob attack on Ansari was “not tampered with, but it did not synchronize with the audio”.

Talking about the petition filed by Ansari’s widow Shahista Perveen in the court of Chief Judicial Magistrate, Manju Kumari, he said, “As the case was filed under section 295(A) of the IPC (maliciously insulting the religion or religious beliefs of any class), the district administration has forwarded it to the state government to take a decision.” Altaf Hussain, Perveen’s lawyer, also said that the petition would be admitted only after the state administration’s approval.

“We have filed the petition against the dropping of section 302 IPC against the accused and converting it to 304 of the IPC. It will be admitted only after the state administration’s approval.”

Ansari worked as a labourer and welder in Pune and had come home to celebrate Eid when he was captured by locals at Dhatkidih village on the night of June 17 over suspicion of trying to steal a motorcycle.

He was tied to a pole and assaulted by a mob with sticks and iron rods. A video of the scene that went viral and was flashed across TV networks showed he was forced to chant ‘Jai Shri Ram’ and ‘Jai Hanuman’ by his tormentors.

As Ansari’s condition deteriorated, he was shifted to the district government hospital the same day. With no signs of improvement, he was then referred to the Tata Main Hospital, where he was declared brought dead on June 22.

Altogether 13 people were named accused in the case.

While police has charge-sheeted 11 of the 13 accused, the probe is still under way against two.

Though there was no evidence of the perpetrators’ link to any Hindu right organisation, Vishwa Hindu Parishad activists had protested their arrest.