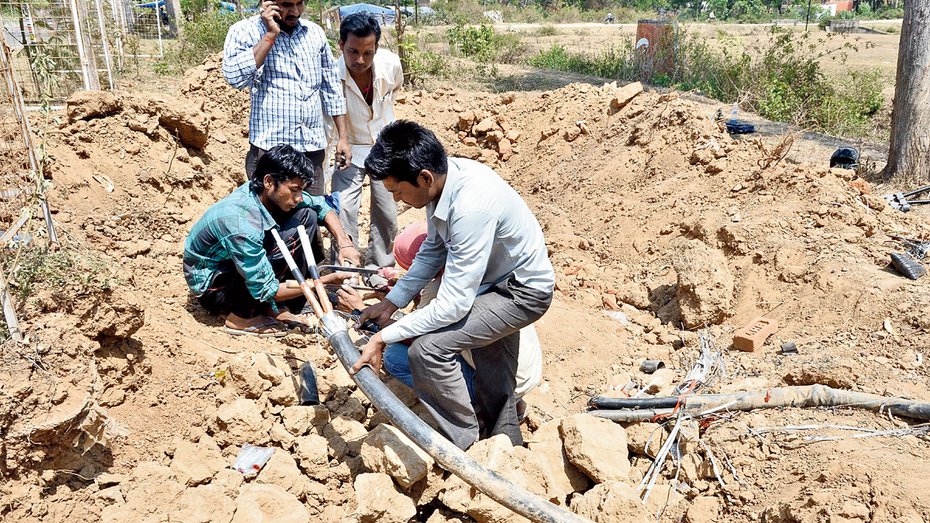 Das during a review meeting on July 5 had asked Jharkhand Bijli Vitran Nigam (JBVNL) to ensure regular power supply across the state by July 31, which looks unlikely, given the slow pace of underground cabling work.

cities including Ranchi, Bundu, Khunti and 27 others, is a must for zero power cuts, but work is slow on the ground and the onset of monsoon, like it or not, is hampering the speed,” the JVBNL source said.

General manager of JVBNL Sanjay Kumar said they were making every effort to quickly lay cables.

“After summer, power supply automatically becomes normal as load reduces. During summer, we get lower voltage power from the grid, now we are getting proper voltage. When power is supplied at proper voltage, heating of wires reduces and so does disconnection of power, unlike in summer,” GM Kumar said. Asked why power cuts are a daily occurrence in monsoon, GM Kumar blamed branches falling on overhead wires.

“During rainy season many time tree falls on the wire and thus power get disrupted. Though we cut branches leaning on wire, sometimes it happens,” GM Kumar said.

Asked whether it was possible to fulfil the chief minister’s dream of zero power cuts, GM Kumar said: “Zero power cut is an ideal situation. We can talk about power supply for more than 23 hours but as far as zero power cut is concerned it is not easy.”

Energy secretary Vandana Dadel, when contacted for her comments, said “work was being done as per the CM’s guidelines” but did not elaborate.

“We have accepted the challenge and given power connection to all houses but are facing problem in supplying power 24/7. Now it is one of our top priorities,” Das had said, asking officials not to “get stuck in files” and dispose forest clearances for transmission projects.

He had asked officials not to cut power without prior information and rectify technical problems without delay.