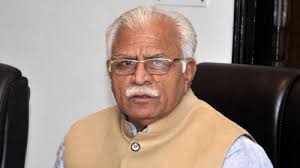 The Bihar Women Commission has taken umbrage at Haryana Chief Minister Manohar Lal Khattar’s statement wherein he referred to “Bihari girls” while speaking about Kashmir and Article 370. The woman panel is likely to send a notice to Khattar asking him to explain what he meant by “Bihari brides” and the rationale behind making such innuendoes while speaking about Kashmir.

The whole controversy arose after Khattar, while addressing a meet in Haryana on Saturday, said, “Earlier, OP Dhankarji, a Haryana minister, used to say that brides had to be brought from Bihar for the youths of Haryana. But now, as Kashmir is open, brides would be brought from there.”

Dhankar had earlier said so in reference to Haryana’s poor sex ratio.

However, the chairperson of the Bihar Women Commission Dilmani Mishra found the statement made by Haryana CM “highly objectionable and completely avoidable.”

“He will have to explain what he meant by Bihari brides,” said Mishra, adding that the women’s panel will soon send a condemnation notice to Khattar.

“When he was discussing Kashmir and Article 370, what was the necessity to argue that brides from Bihar were needed in Haryana for marriage. It’s an insult to all women and should be condemned by everyone,” said the panel chairperson.

The All India Progressive Women’s Association (AIPWA) too has castigated Khattar for his unsavoury remarks. “His statements about Kashmiri and Bihari girls should be condemned in the strongest words. The way he said how Kashmir was open and brides should be brought from there, shows the mindset of such leaders. These people (Haryana leaders) reportedly kill their daughters in the name of honour killing/social status and then talk of Bihari girls or Kashmiri bride. These statements were just not acceptable,” said Meena Tiwari, national general secretary of AIPWA.