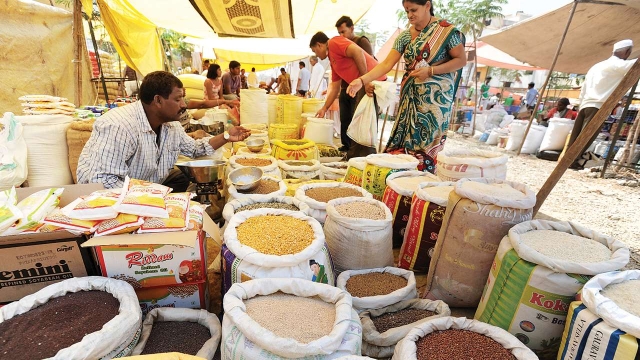 The online Public Distribution System (PDS) in Jharkhand has become a headache for many, especially for those living in far-flung areas where network issues persist.

To check corruption in the PDS scheme, an online process was introduced in the state whereby the beneficiaries have to put their thumb impression on the machine kept at the ration shop to get the foodgrains under the scheme.

But, the machine operates on a network, and clear weather is a must for the machine to catch signals. Hence, ration is denied to the people on several occasions.

In Tilma village of Khunti district, Kariya Munda and other villagers often spend their day at the ration shop waiting for the network so that they can get their foodgrains.

“Every day, my son asks when will they get lunch or dinner to which I reply that unless the network is accessed, they cannot get proper food,” Kariya said.

Not only in Khunti, but other parts of the state are also suffering due to poor network. In Dumka and Chaibaasa, people have to even climb tress to get the network. The network doesn’t catch sometimes due to heavy rains, sometimes when the server is down or for other issues.

Ration dealer Sunita Purty said “unless the thumb impression is made, the ration cannot be given. The online system prevents ration distribution without thumb impression”.

For the last few days, the villagers are making rounds for getting foodgrains from the PDS shops. They can be seen roaming along the roads with the machine and antenna, in search of network. Many times their efforts fail following which the ration is denied.

An angry villager said the manual system was better as there is no improvement in the online system and their children are suffering.

Women said they had to leave behind their farm work to come to the ration shops where they have to wait for long hours.