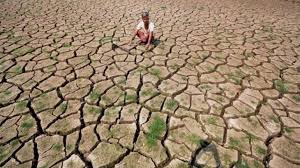 Heavy showers, which had lashed some areas of Jharkhand a few days ago, had given local farmers hopes of more rains. But the rain clouds seem to have given a go-by to the state for the time being, pushing the farmers into distress as only 10 days of the sowing season are left.

According to the Met Department, the average rainfall in Jharkhand is so far deficit by 40 per cent. Since there is lack of rainfall in the majority of districts, agricultural work has been adversely hit. Even if it rains the next week, it is unlikely that sowing targets would be achieved.

In the last 24 hours, Ranchi and few other districts have received less than 10 mm of rainfall. Scientists at the local Met Department say that there has been lack of monsoon activity in the Bay of Bengal. On some occasions, however, low pressure did form but the system was weak and insufficient to cause rainfall. Despite the state remaining mostly under cloud cover, it never rained properly.

Weather scientist SD Kotal of the Met Department said that it has not rained in Jharkhand as per expectations. He, however, said that rains are expected in the state in the next four days as a new low pressure area is likely to develop in the Bay of Bengal.

Sahibganj district is the only exception which has received more than 14 per cent of average rainfall at 793.2 mm. In other districts like Dumka, Jamtara, Kodema, Lohardaga and Palamu rainfall has been less than 24 per cent while the situation was worse in Khunti, Godda, Chatra, Hazaribagh, Latehar, Garhwa, Pakur, Ranchi, among others.

Such has been the extent of the monsoon let down that in the two months after it hit the state, sowing of paddy could only be taken up in 26 per cent of the area.