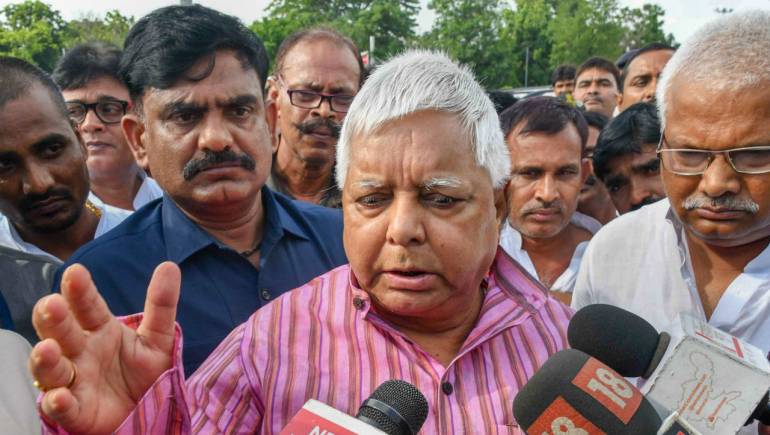 A Jharkhand High Court bench recused itself from hearing a petition filed by the CBI seeking enhancement of the jail term of RJD chief Lalu Prasad and five others in a fodder scam case.

When the petition came up for hearing, Justice K P Dev said that since he had been a counsel for the CBI earlier, he wished to stay away from hearing the matter.

The bench of Justice Apresh Kumar Singh and Justice K P Dev then directed that the petition be sent to another bench.

A special CBI court had sentenced Prasad and five others to three-and-a-half years prison term while sentencing another convict to seven years of incarceration in the same case.

The CBI moved the high court seeking enhancement of the jail term of Prasad and five others, contending that the case pertained to conspiracy and the sentence should be the same – seven years – for all.Prasad has been serving jail term in a number of fodder scam cases in Ranchi.