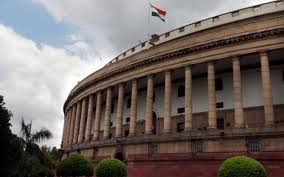 New Delhi , July 31 : A Rajya Sabha MP on Wednesday raised concerns over the availability of human organs like peanuts and urged the government to penalize those involved in such rackets with death penalty.

“Despite successive governments’ efforts to stop illegal organ trade, India has become one of the biggest countries for organ trade, as also the cheapest too, in the world. It is available like peanuts,” YSRCP’s Prabhakar Reddy said in Rajya Sabha during Zero Hour.

He said the organs like kidney, liver and heart are easily available and the government should take it seriously so that it could be stopped.

BJP’s Gopal Narayan Singh demanded that the name of Bakhtiyarpur railway station should be changed to either Rajgir or Nalanda, as it was named after Bakhtiyar Khilji, who was an invader and destroyer.

“It’s a blot on Bihar. It should be removed,” Singh said.

Trinamool Congress’ Manas Ranjan Bhunia urged the central government to reduce the percentage of disability from 80 per cent to 50 per cent and provide all possible help, including financial help to physically challenged and handicapped male and female.

“They need active support of the central and state governments. At present, the standing rules and directions are that if any physically challenged person does not have 80 per cent of incapability, then such a person would not get any help from the central government. This has created a serious situation when most of the physically challenged are not getting any support,” he said.

“This situation demands a serious look and thought by the central government to reduce the percentage of disability from 80 per cent to 50 per cent,” he said.

“More than one crore workers engaged in different schemes of the central government, such as Anganwadi, ASHA, SSA, Mid-Day Meal Scheme. Most of them are women and coming from very poor sections of society. They are getting a meagre remuneration in the name of honorarium.”

“There is a long pending demand to recognize them as workers. The 45th Session of the Indian Labour Conference had recommended to recognize them as workers and extend social security and other benefits and not to privatize this sector. But, this recommendation has not been implemented so far. The government should implement the recommendation of the 45th Indian Labour Conference,” he said.