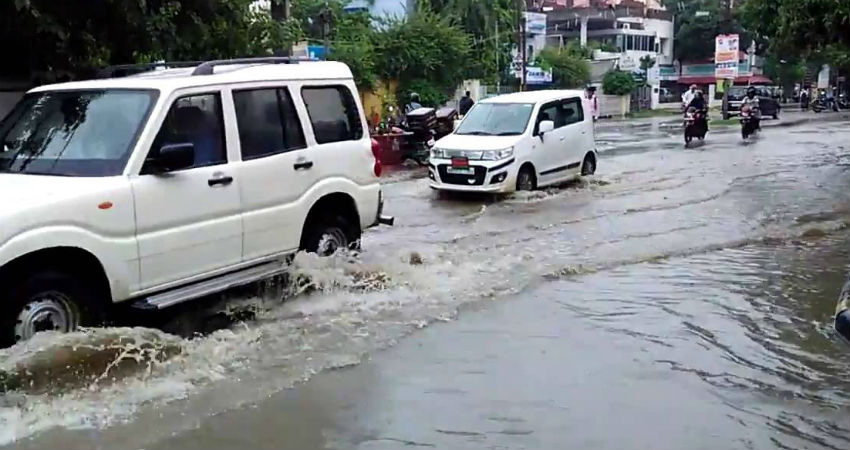 According to Skymet Weather, the intensity of rains will increase over Bihar during the next few days. Neighbouring Jharkhand would also observe intense showers now. Light rain will be witnessed in both the states for the next 48 hours. Thereafter, the intensity of rain will increase significantly. These rains would be a result of the Cyclonic Circulation over Bihar and its adjoining areas. A well-marked Low-Pressure Area is already present over Northeast Madhya Pradesh and adjoining Southeast Uttar Pradesh, which is instrumental in giving occasional light rain in the region for the last two days.

Easterly/southeasterly winds from the Bay of Bengal will impact both the states during the upcoming rainy spell. Moreover, we expect the intensity of rain to remain high in Bihar than Jharkhand. Bihar is likely to observe light to moderate rains with a few heavy spells, while light to moderate showers with isolated heavy spells would be a sight in parts of Jharkhand.

During this spell, good rains are also expected in adjoining Nepal. This raises fear of rivers flooding in Nepal and large amounts of water flowing into Bihar and its rivers, resulting in flood like situation in the state. However, we do not expect any serious flooding to take place, but due precautions must be taken.

This spell of rain is likely to continue until July 9, with rains peaking on July 7. This could turn out to be the rainiest spell of Monsoon Rain so far. It will definitely be helpful in reducing rainfall deficiency in the state to a great extent. These showers will also be highly beneficial for crops and in soil moisture restoration.