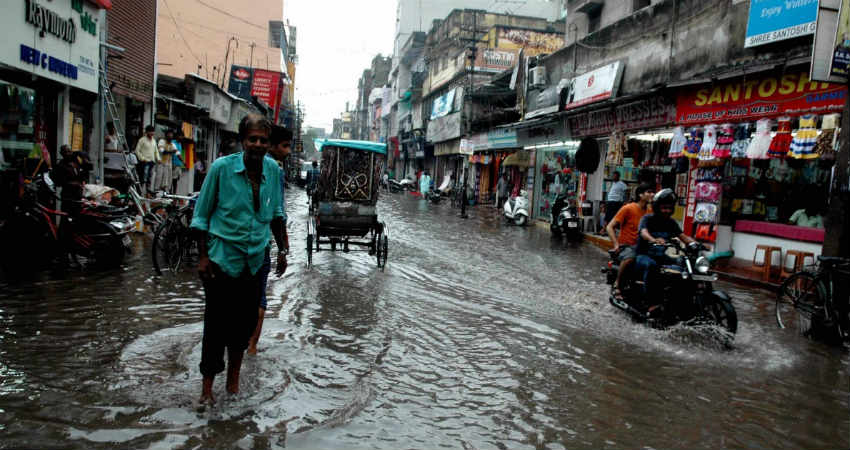 Though the Monsoon has arrived long back over Bihar and Jharkhand, due to the absence of any significant weather systems, Monsoon remained deficit over these states. Only scattered rains were observed over a few places.

These two systems will act as a catalyst and enhance the rainfall activities over Bihar and Jharkhand. We expect moderate rains over most of the places with few heavy spells during the next 24 hours. As a Trough is likely to shift further North, rainfall activity would cover most parts of Bihar and then the heavy rains might intensify. As per our experts, these heavy rains would continue over Bihar till July 11. Jharkhand too would receive moderate to heavy rains during the next three to four days. Thereafter, rainfall will decrease over the southern part but light to moderate rains will continue. Places like Supaul, Purnia, Araria, Patna, Gaya, Katihar, Aurangabad, Rohtas, Bhojpur, Begusarai, Munger, Nalanda, Buxar, etc are likely to be impacted by heavy to very heavy Monsoon rains in the next 24 hours.

This will be the first long spell after the initiation of Monsoon and the rains are likely to pay visit most parts of the states. Till date, for the Monsoon season, Bihar is rain deficit by 49% while Jharkhand is deficit by 44%. There are chances that with these hefty rains, deficiency levels might get recovered with a good percentage.