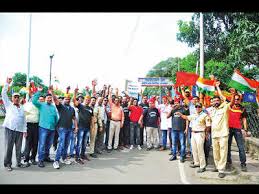 The Government is set to form a high level committee to examine the aspects of corporatisation of the Ordnance Factory Board (OFB) and work out the modalities, defence sources said while rejecting apprehensions from employees that there is an attempt at privatisation.

“A high-level committee will study the issue and take a call on what needs to be done,” a senior source said. It will be a political call on how to go about.

The Kolkata-headquartered OFB with 41 factories spread across the country functions under the Department of Defence Production. Due to this every decision and action needs the approval of the Cabinet, officials said. For instance, in 2001 the OFB was to set up a plant at Nalanda in Bihar to manufacture bi-modular charges for the Army with initial investment of around ₹800 crore, which went up to ₹2,000 crore later. But the plant has not been set up till date, the source said.

On the contrary the Defence Public Sector Undertakings (DPSU) do not have such hassles and have been establishing joint ventures and partnerships for technology development and other things. “At the current rate and in the present model OFB has no future,” the source said, and added that today there is “no accountability and result orientation” and the need is to move to a system of accountability on the lines of DPSUs. The total support to OFB is around ₹6,500 crore both from indents from the Army and direct budgetary support.

Alleging moves to privatise the OFB, three recognised Defence Federations under the OFB have launched a month-long strike from August 20. There are about 82,000 employees in OFB of which around 46,000 are industrial employees who went on strike, sources said. “As of now the strike is not worrisome. The Defence Ministry is in continuous discussions with them,” another official said.

In the last few years, several measures have been undertaken to augment capacity and increase production of the factories under the OFB. At least 20 cases of capital upgradation were cleared in last few years, the official added.

This is not for the first time, though, that corporatisation of ordnance factories is being considered. There have been recommendations by various committees and several attempts over the last two decades but there has been no progress.