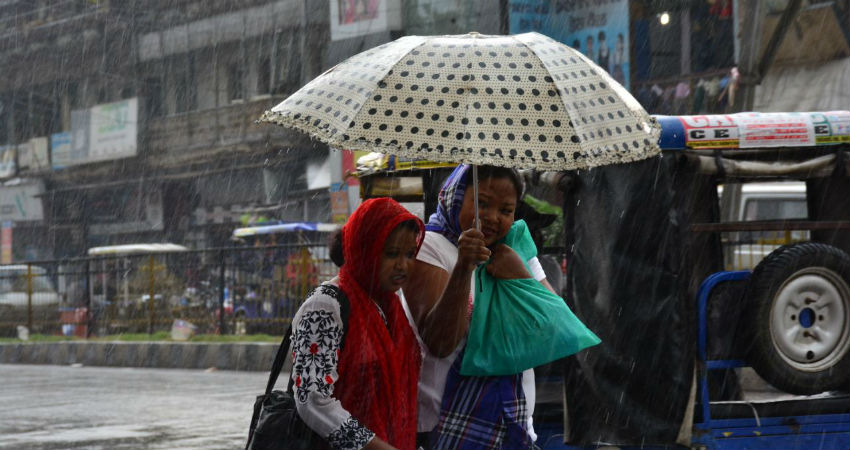 Many parts of Jharkhand have observed light to moderate rain and thundershowers during the last 24 hours. The capital city of Ranchi recorded 37 mm rain, while 17 mm of rainfall was recorded in Daltonganj from 8:30 am on Saturday. Meanwhile, traces of rain have been recorded over Jamshedpur.

All these weather conditions were a result of the Cyclonic Circulation over the east-central parts of Madhya Pradesh along with an Anti-Cyclone over North Bay of Bengal off Gangetic West Bengal Coast. The same system is feeding moisture from the Bay of Bengal over Jharkhand and adjoining region.

According to our meteorologists, the above systems would remain intact for another 24 to 36 hours and bring more moderate rain and thundershowers for the state.

After 24 to 36 hours, rains would taper over the region, however, moderate spells of rain would keep lashing South Jharkhand for another 3-4 days.

Meanwhile, the capital city of Ranchi would observe comfortable yet humid weather along with moderate rain for another 24 hours. The highest relative humidity will be around 95%, while minimum around 75%.

These rains would reduce slightly after 24 hours. However, another spell of moderate rain is likely between October 23 and 25. Rains during this time would occur mostly during the late afternoon or early evening hours. The day temperatures would settle between 27 and 29-degree Celcius, while minimums would be somewhere close to 18 degree Celcius.

Not only Ranchi, but many other places like Jamshedpur, Bokaro, and Gumla in Jharkhand stand a chance to see post Monsoon showers for the next few days.